HEIRS could have been CN Blue's Jung Yong Hwa's 3rd drama and possibly 3rd collaboration with his former co star Park Shin Hye. I won't hide the fact that I love their work chemistry since You're beautiful. And even though Lee Min Ho has taken the lead role in the coming drama HEIRS, I still anticipated Yong Hwa to do the drama. But unfortunately, after confirming, Jung Yong Hwa decided not to do the drama after all.

After the news broke out, many are asking who will play the role vacated by Jung Yong Hwa. I have my own pick but seeing this article, I guess it will only be a matter of time and someone will be cast.

Honestly, I am clueless about this guy for now.

CHOI JIN HYUK, WHO APPEARS IN "GU FAMILY BOOK" IS BEING CONSIDERED FOR A ROLE IN "THE HEIRS."

Ever since Jung Yong Hwa dropped out of the drama, "The Heirs," which also costars Lee Min Ho andPark Shin Hye, drama lovers have wondered who will replace him as the third wheel in what will no doubt be a love triangle.
From the initial announcement that Lee and Park would appear in "The Heirs," it became the most anticipated drama of the year and the inclusion of Jung Yong Hwa made it even bigger news. It would have been the third drama that the singer and actor appeared in with Park Shin Hye. He co-starred with her in "You're Beautiful" and "Heartstrings." However, after initially accepting, Jung dropped out. The touring schedule with his band CN Blue was one of the factors given for his change of heart.
The latest contender for second male lead is Choi Jin Hyuk who stars as the God of the Mountains and gumiho father of Lee Seung Gi in "Gu Family Book." Choi received rave reviews for his role as a tortured mythical creature that forsakes his charmed life when he experiences love for the first time in a thousand years.
Choi began his acting career after winning a grand prize in the KBS reality talent show, "Survival Star Audition" in 2006. Four years later he appeared in the drama "It's Okay Daddy's Girl" as Choi Hyuk Ki.
Since then the actor has worked consistently. He appeared as Bae Sung Hyun in "I Need Romance" in 2011 and as Choi Won Il in "Miss Panda and Mr. Hedgehog" in 2012.
The role that Choi is considering is that of Lee Min Ho's older brother, which would make more sense than choosing Jung Yong Hwa for the role. Choi and Lee Min Ho resemble each other, at least more than Jung and Lee do.
So far, the only information that is about available about the drama's plot is that it will be about heirs but it is not certain who will play the heirs. Lee Min Ho and his brother or Park Shin Hye and someone else? Or all of them? Rumor has it that the story will be told in the style of the American TV show "Gossip Girl," but that show focused initially on teens in a private school. Netizens expressed concern that all of the actors said to be appearing in the romantic comedy were too old to be playing teens.
Kim Eun Sook, who wrote "Secret Garden," is working on the script. 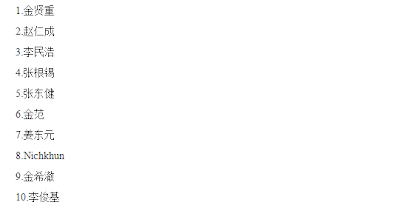 CN Blue is set to bring its 2013 CN Blue Blue Moon World Tour to Seoul this month, and the idol band has released a trailer to get fans pumped up for the show.

The 20-second clip was unveiled via the band’s official YouTube channel on May 2 and contains footage of the boys doing what they do best – rocking out on stage.

CN Blue will return to Seoul on May 25 and 26 for the Seoul shows, but in the meantime, check out the band in all of its rock star glory in the clip below!

Adding to the success of its third album, SHINee proudly found its Why So Serious?: The Misconceptions of Me album on top of Billboard’s world chart.

On May 3, Billboard’s World Album charts ranked SHINee’s Why So Serious?: The Misconceptions of Me album as first for the week ending on May 11.. The ranking resulted from the album sales compiled by Nielsen SoundScan.

The album, which was released offline on April 29 continued SHINee’s popularity and success, ranking high on several album sales charts in Korea as well, including Hanteo Charts and Hot Tracks.

Meanwhile, SHINee is busily promoting Why So Serious? on various music programs.

It's a good choice from Ha Ji Won. There are a lot of recent actors in Korea who have made it and been recognized as good actors. One is Song Joong Ki who became more popular when he joined the cast of SKK Scandal but became even more commendable when he did The Innocent Man [Nice Guy] and his blockbuster film Werewolf Boy.

But for the likes of Ha Ji Won, I guess that if ever she did a drama with SJK, the chemistry will be there.

Ha JiWon had interview at SBS《Thankyou》on 3rd May, When MC asked her, which actor you wanna cooperation ?” she said:” I really hope have a chance to cooperation with Song JoongKi”，otherwise ….BigBang’s TOP also good ，can feel sincere from his acting。” translate from：tvdaily.mk news 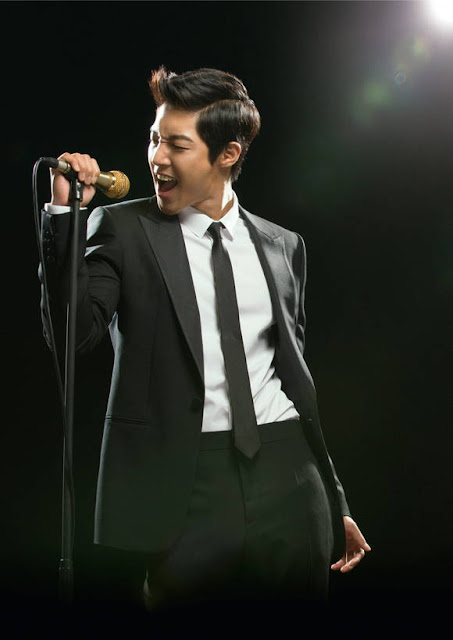 Jang Dong-gun (A Gentleman’s Dignity) is headed back to the big screen this year, in the much-awaited new project from director Lee Jung-bum of Won Bin’s Ajusshi, aka The Man From Nowhere. He’s pretty much the leading man’s new holy grail as far as directors go, since he’s guaranteed to make you look like a badass, so the team-up is as buzzy as buzz projects can be. The action thriller is called Crying Man, and stars Jang Dong-gun as a killer… with a heart of gold, naturally. I mean, he’s Jang Dong-gun, for crying out loud.The movie will be about a killer falling in love, which I have to say, sounds decidedly less badass than Ajusshi. I guess the crying is because he’ll be a sensitive hitman who kills people, but feels bad about it? Or something. I’m sure it’ll be much cooler in execution, but it does sound a little funny on paper. His leading lady has yet to be cast, so time to start your fantasy cast lists.

Some reports say Jang Dong-gun is confirmed while others insist he hasn’t signed on the dotted line yet, but I don’t foresee either party walking away from this deal. Action Jang Dong-gun is right up there with Basketball Jang Dong-gun in my book, so I’m all ready for the swoonin’. Just… don’t you make him shave his head, okay? DON’T MESS WITH THE PRETTY.

Crying Man is still casting, and plans to start shooting later this year.
Posted by mslee1107 at 1:57 PM No comments:

Kim Hyun Joong has released 5 different covers for his new Japanese single “Tonight“!
As he previously revealed, Kim Hyun Joong went for 5 completely different image concepts for each of the covers. In one, he gave of a bad boy vibe as he was dressed as a hardcore biker. In another, he looked like a classic gentleman, dressing up in a neat suit. The other covers feature him as a playful guitarist and he also went for a more classical old school look in an old building.
His third Japanese single will include 3 songs including “Tonight” and “Cappucino“. The 5 different versions includes 3 different limited editions that will include a DVD with the music video to the 3 new songs. There will also be a supplement version that contains photocards, and a normal version that just comes with the CD.
The single will be released on June 5.
Check out the 5 covers below! Which is your favorite?

Actor Jung Il Woo found a new home!
On May 2, Haru Entertainment released a press release stating “Recently seen in dramas and advertisements and is currently actively promoted as a Hallyu star, Jung Il Woo signed an exclusive contract [with Haru Entertainment]. Not only in Japan, but his popularity extends to other Asian countries like China, Hong Kong, Taiwan and Thailand.”
Jung Il Woo’s contract with his previous agency Soop Entertainment, which houses Gong Yoo, Gong Hyo Jin, Kim Min Hee, etc., ended in March and many agencies have tried their best to grab such a hot commodity with no luck.
The press release further reads, “He will soon meet with the fans. We will not hold anything back and give him our full support so that he can be the best actor he can.”
Meanwhile, he’s currently going over scripts and contemplating on his next project.
Posted by mslee1107 at 12:47 PM No comments:

Hello! This is mslee1107's new page for all things K-wave. Hope you will love this blog as much as you like my other page wandering thoughts.