with Hong Jong Hyun...
With Jung So Min

Decided to post both IG updates because both are on each other's IG recently. A promotion for their movie...

to all haters just because Hong Jong Hyun is being shipped with YURA [I am a JjongAh shipper too, certified if you want to read all my thoughts on them as a couple in WGM there are lots in this blog] and some believed he is in a relationship with NANA [or just friends]

Please don't hate on So Min. Stop posting hate comments about her just because she has photos with Jjong or she is seen friendly during fanmeet/promoting ALICE because she and Jjong are colleagues and both actors. She has worked with his model friends, Kim Woo Bin, Sung Joon, Kim Young Kwang,... except for Lee Soo Hyuk.

Stop hating on So Min just because she has a movie and promoting with Jjong in a friendly manner! I really hate the people who judge just because he is being shipped with others. I also love Yura but not to the point of hating an on screen partner of Jjong.

So Min or MinMin to her fans are naturally sweet.

Stop posting rude comments about her on both Jjong's and her IG, please. 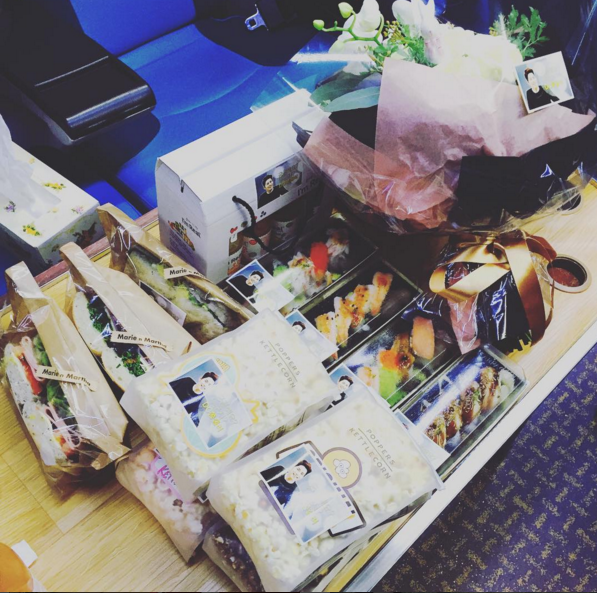 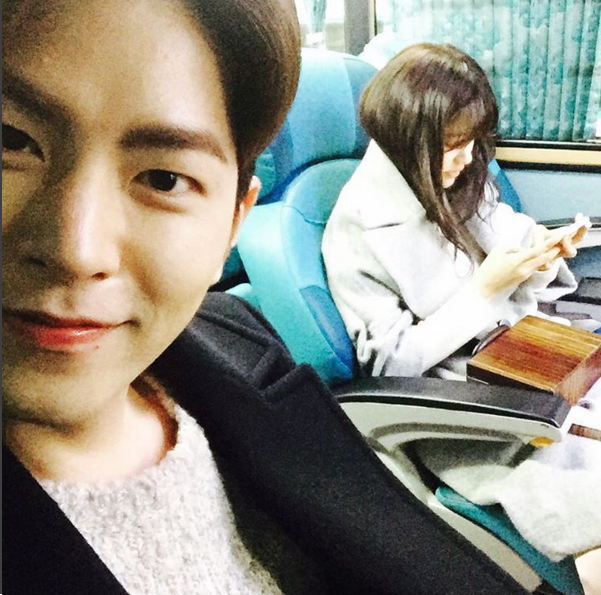 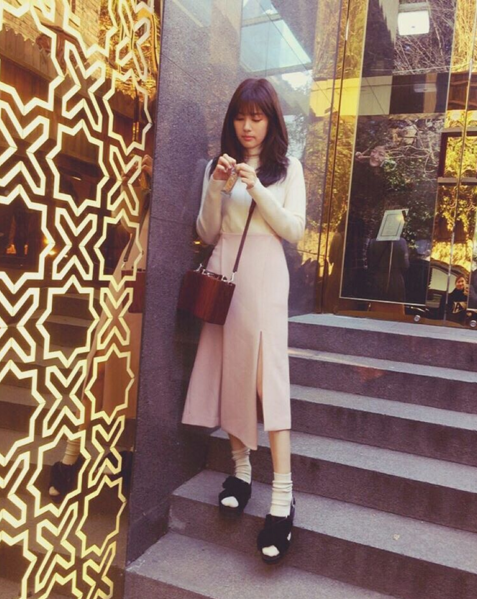 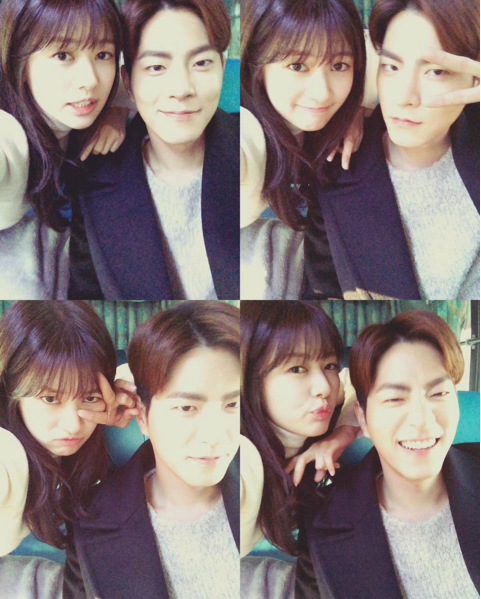 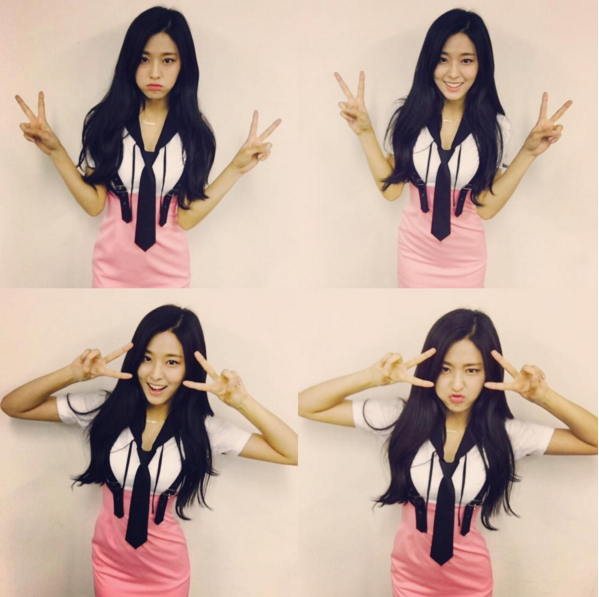 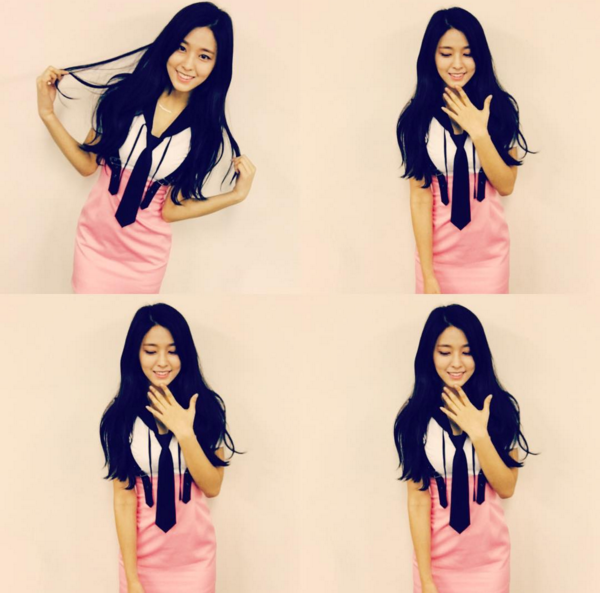 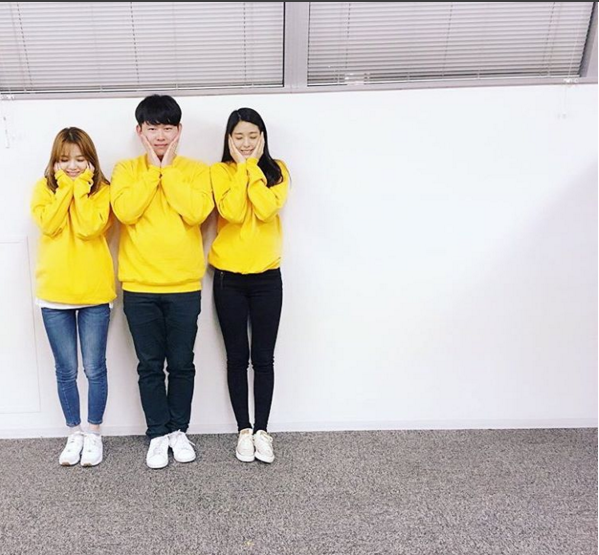 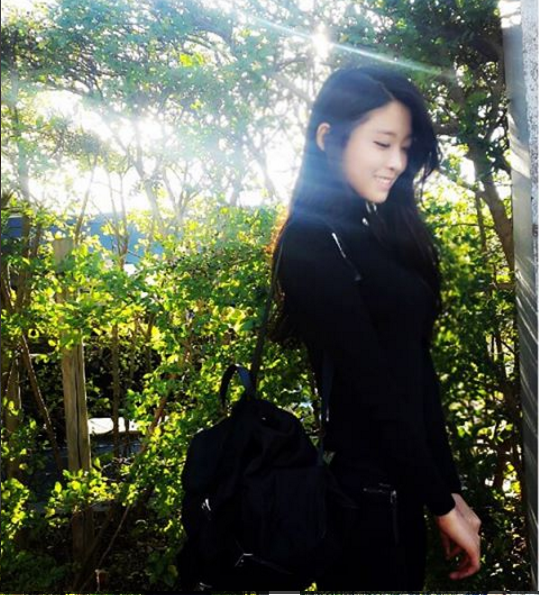 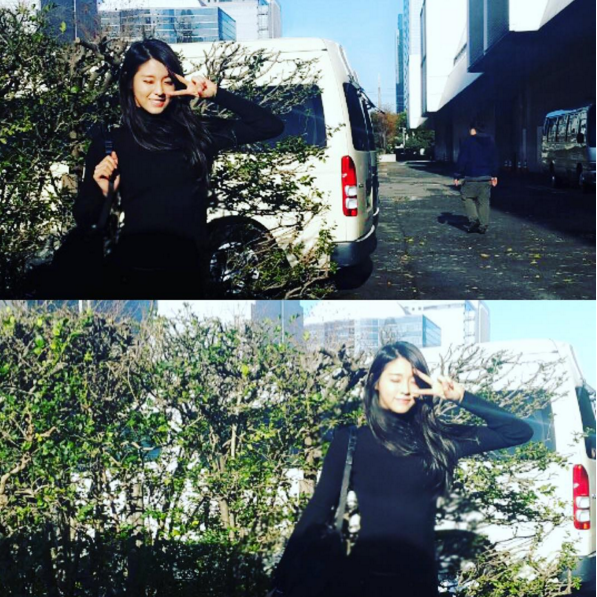 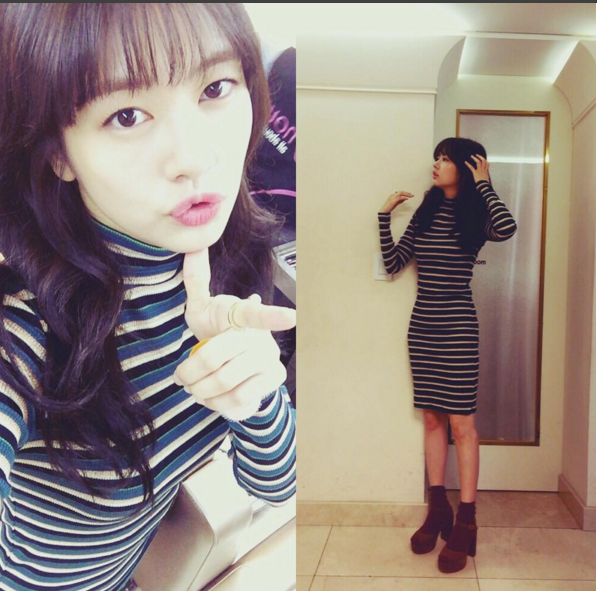 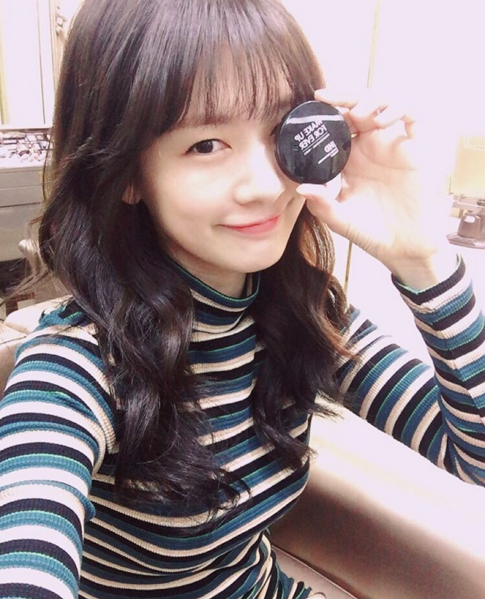 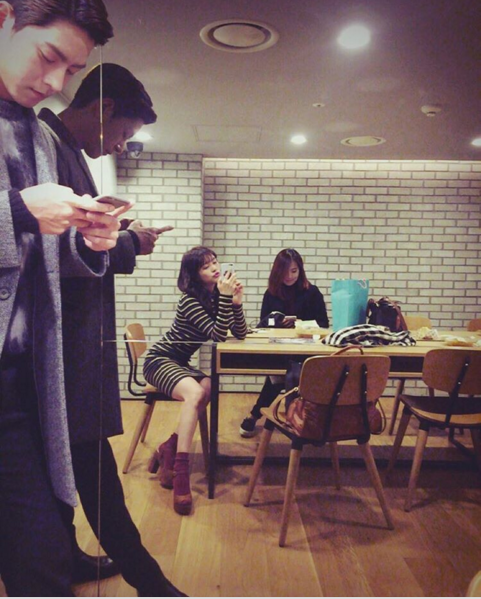 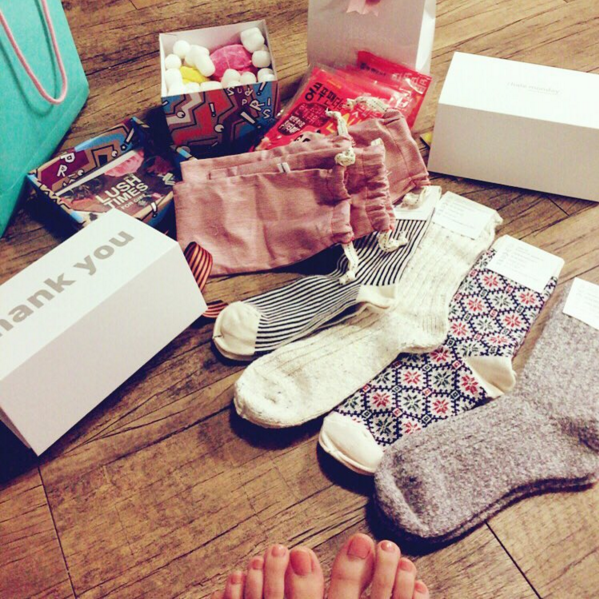 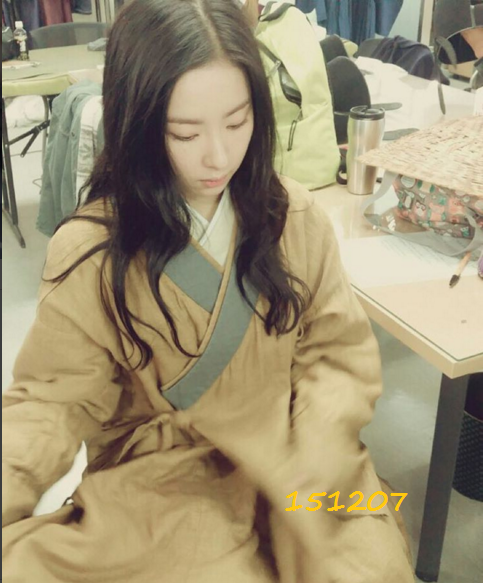 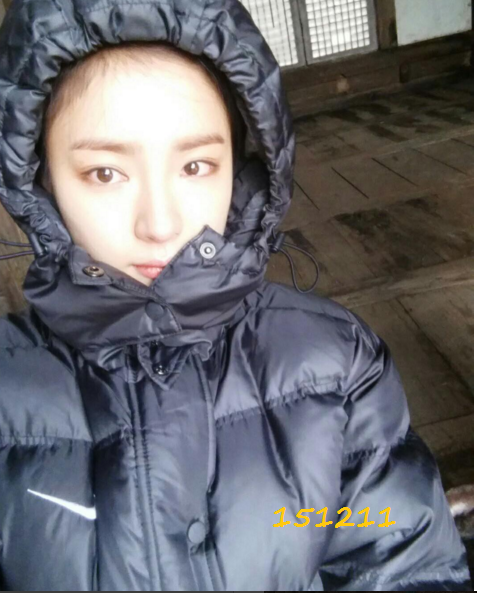 [mslee's thoughts] Ep. 20 GIF Six Flying Dragons - Moo Hyul "It should have been the black horse!"

I just had to write my thoughts about the episode.
[though I am catching up on reviews]

I can say that this series is the best saeguk currently airing. The writer behind this amazing historical piece is amazing me each episode. And the great part, each episode has proven to be the best one yet every time. Got to say that the expected scenarios always become unexpected.

now I really see the true person behind the name. The episode has made it clear that he is not someone who is easily manipulated. He knows what his priorities are, he has this deep commitment to Goryeo as a nation but then, he will use all necessary means to accomplish his dream for Goryeo even at the price of his countrymen. Just like any General who has been to countless fight, he knew the strategy of  how to fight head on but then in his haste to conquer a bigger dream for Goryeo, he was ready to send thousands of soldiers in a battlefield where they were at a disadvantage. His mind was only focused on the result that he trust General Lee Seung Gye would be able to deliver.

A  message to enter war against Ming.
A dynasty that has more power over Goryeo. But then, in order to execute the plan, soldiers like the ones in Lee Seung Gye's army would be sent forward to the battle and leave borders that they had been able to protect against pirates [Japanese] who were always a threat just waiting for the right time. This surely is a dilemma facing Lee Seung Gye's right hand official, his brother. It's a risk to go into war with so many things to consider. The food supply would not last even before they face the enemy. The river where they would cross was going to be a big hindrance for the soldiers.

A Choice Between War and Revolution

Sambong was really the best strategist of his time. He knew how to manoeuvre a situation or turn it to an advantage for their own cause. He knew what the war against the Ming would cause the country. Blood would shed but the scale would be bigger unlike in a revolution. To fight, to go for a good cause, to accomplish a big goal like starting a new country always leave casualties. But between war and revolution, the latter seemed more acceptable and less bloodshed.

I applaud his pure and sincere love for the people. I also commend his loyalty. He was not the kind that would act impulsively however appetizing the anticipated rewards or the results of an act. He was also a soldier. A soldier who put himself under the King's order whatever they may be.

But then, Lee Seung Gye might be one of the strongest and bravest soldier Goryeo had, he was also a coward when it comes to making a difficult decision.  I understood why he hesitates just as he reiterated that family would always come first before country for him. As the head of Lee household, he loves his family more than anything. And doing an act of treason against the King which what the revolution means would put his family in jeopardy.

Or...maybe he was not confident to be what Sambong wanted him to be. The new King of a new country, Joseon. Thus, he chose war.

I think my heart felt that heavy load when the white horse ran passed the waiting soldiers who were going to make arrest on Choi Young and other politician and go to palace to meet the current King. The anticipation on Bang Won's face turned major disappointment was how every viewer must have felt seeing the white horse ran passed. I almost wish for Bang Won to be impulsive and once again do the unexpected, though dangerous. But for once, he stayed still, as he followed what Sambong had ordered them. Plan would not push through without Lee Seung Gye's approval.

It was everyone's nightmare to see their loved ones, young and old being rounded by the soldiers to join the army and go to war. Lee Seung Gye was tasked to lead the war and bring home victory. As a veteran fighter, he has conviction of winning the battle no matter what. But the circumstances was not their doing. The weather, the hardships, the food supply and the scared recruits who were running away from their post were only a part of the battle Lee Seung Gye had to overcome until they face the real enemy. Then diseases were erupting everywhere and soldiers were dying. The biggest task was making the bridge that would be their path going to Liaodong. The current was too hard to cross swallowing more lives floating away on the river.

They have to retreat!

But Lee Seung Gye could not do it. His entire family [except Bang Won] were all put under house arrest, for safety according to the King, but the truth, they were insurance for Lee Seung Gye to go ahead to war as planned.

Bang Won seeing one of the shoes of Boon Yi lying on the dirt seemed like he was more worried for her than his wife.

For me, Moo Hyul was the hero of this episode.

As a gullible character in the drama, I love how he bravely let out his thoughts in front of Lee Seung Gye. That particular moment when he lamented, when he could not understand why the general was being stubborn when failure was evident with soldiers who wanted to go home to their families, when he spoke the line about the night he really could not understand but now he knew.

It should have been the black horse!

Moo Hyul echoed the words I knew should have been shouted before. That was an awesome and compelling scene for me. The words were like arrows shot through the heart of Lee Seung Gye!

And the words did reach his confused and hesitant heart. What to do?

Moo Hyul just made him realized the best decision he could have done and should have done. Because it was not too late.

He and the thousands of soldiers would go home regardless of the King's order. Regardless of Choi Young's threat to his entire family. Now he knew. Now he realized he should have decided earlier and listen to what Sambong offered.

I could not wait for the next episode. The episode was so riveting, every scene was amazing. Looking forward to the next King, Lee Seung Gye. First Joseon King!

The great plan of Choi Young...conquer Liaodong. Declare war against Ming. Conquer a bigger country despite the odds.

Sambong caught on on what's Choi Young's true intention.  Not selfish, not for personal reason, but aims for the country without regard for fellow countrymen.

This was more dangerous, according to Sambong.

Dodang surprised by the sole decision of Choi Young.

Hesitant comrade...
The things to consider when going to war.

Bang Won showing his skills on archery...just like his father and his hyungs.

A revolution..this is the answer from Sambong.

waiting for the answer..

will it be white or black horse?

I think my disappointment came much more earlier than Bang Won's.

Gearing up for battle...

Bang Won's hyungs being arrested... to be confined in a place together with the rest of the family.