Lee Jun Ki photo update in his character in the drama Criminal Minds. He looks great as usual and his facial expressions are something worth watching.

It is a pity I did not have the stomach to watch brutal scenes. I have anticipated him in a drama where he will not wear historical costumes and I am missing it because of the theme of the drama.

Well I hope that there will be more projects for him and wishing it will be in a romcom genre. 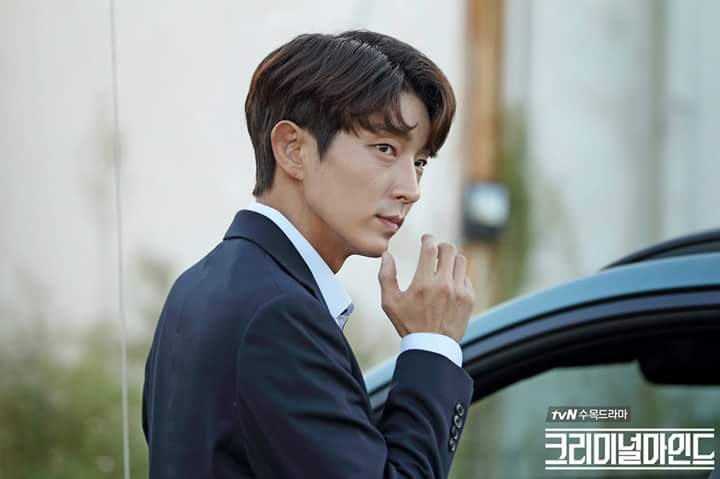 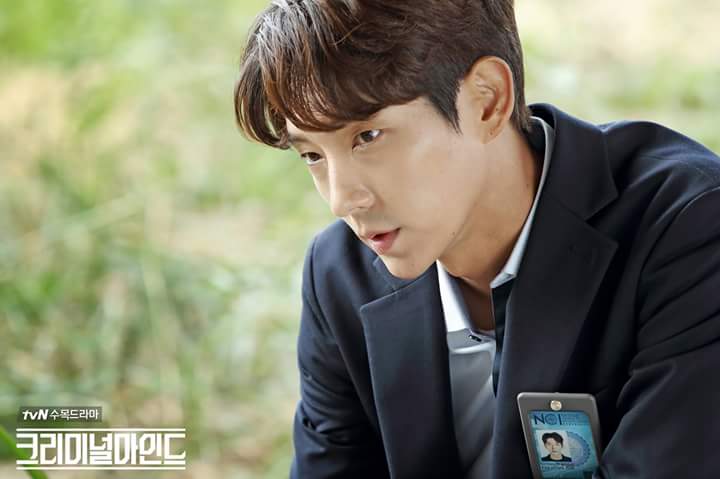 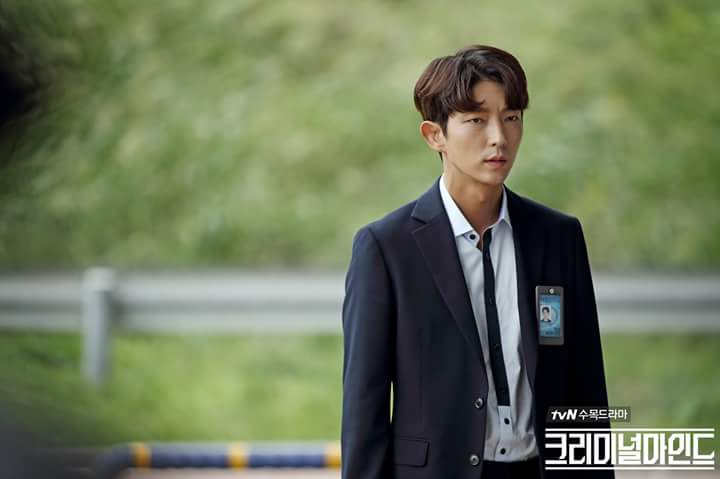 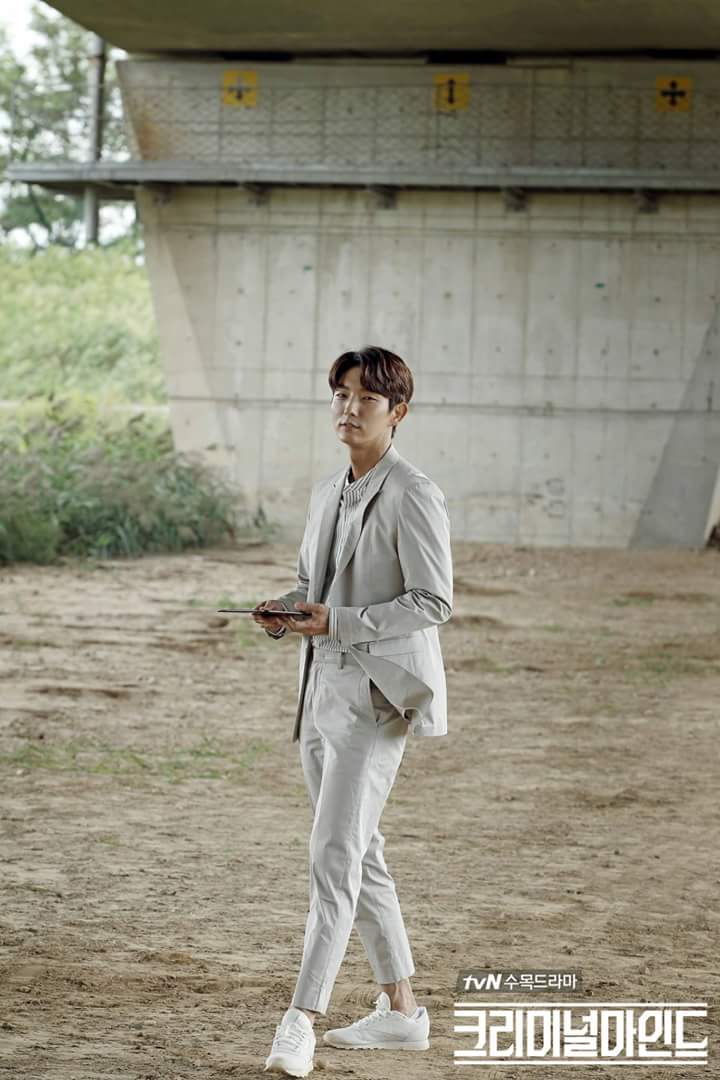 Interesting initial meeting between our otp leads but not unique. I can feel the romcom theme. And one of my favorite ahjumma character is here.. The fashionista one who gave me laughs in Legendary Witch. The couple matching in this drama is an irony and a mockery of true life couples. They say one is attracted to someone who is totally an opposite of ones personality. That is on point in the drama. Well.. Kdramas usually on point when pairing couples in weekend family dramas.😂

Parents of Ruri is an example which ironically repeated by her oppa who married a woman whose common sense is somewhat off.

Marriage graduation is the new thing in kdramas. It was in Father is Strange too. And I feel it could be the next "amnesia" plot in suceeding drama.

So far episode 1 entertained me. And I see nice chemistry between the leads. Soo young fits the character. Reminded me of her other drama Spring Days of my Life which was a fave. Oh Joo Wan is nice to see playing in a romcom. He was so stiff and villanous in Punch.

Will watch eps 2&3 and will write additional thoughts. This is a 50 ep drama and will just take my time.😀

Save Me drama gives the best creepy and disgusting openings yet. The distasteful thoughts of the Spiritual Father towards Sang Mi makes it awful to watch. I thought that scene would be crucial and Dong Cheol would be there to witness and rescue Sang Mi from being molested but the twist was unexpected. Sang Mi suddenly beg and told Spiritual Father that she will be a willing participant to be Spiritual Mother, buying her time for the time being. It was a nerve wracking scene and the writer must be keeping the suspense longer than what viewers can endure.
The revelation of what Guseonwon has been doing behind its believers are listing them under patients in the hospital that they are administering inside Guseonwon. When one of the believers is sick they were given instead of psycho drugs. Thus what happened to Sang Mi’s mother. Her shock towards the demise of her son did not lessen and instead of recovering she hallucinates. Other believers who are caught disobeying or running away to expose the illegal activities and crimes inside Guseonwon are being hunted until they are captured and locked away in a building at the middle of the forest inside the Guseonwon where help is zero. They are being abused physically and tortured and when they die they are not reported to the authorities but buried inside Guseonwon. These are some of the horrible truths that needs to be exposed but unfortunately the undercover reporter of MuJi news was caught by Apostle Kang. The older woman has a vicious instinct and followed the reporter one night and saw her with Muji news sunbae reporter.
Dong Cheol continue to deceive the people inside Guseonwon. He uses mobile phones that he hids inside one of the stalls inside a comfort room. Every time he uses it to relay messages to Sang Hwan I feel my heart ready to explode for fear of him being caught. So far he has been acting as naïve and ignorant and full of curiosity that even if he was in a dilemma of being suspected he could get away with his silly answers.


Outside Guseonwon Sang Hwan tries to convince the investigator to rescue his friends. Sang Hwan might be knocking on closed door but he never stops. In his small way he is trying to do his share of exposing Guseonwon. And as of the latest episode the investigator gave it a shot. What they found out was Spiritual’s past crimes together with Apostle Jo and the big man. But to arrest them seems to be harder because of insufficient documents that would incriminate them enough to detain them.
One of the character that need never to be forgiven in my opinion is Sang Mi’s father. He is the one who led his family to Guseonwon. Because of his inability to protect and to provide he was willing to hold hands with Spiritual Father and his apostle for whatever gain he and his family would receive. He made his family dependent of material things from Guseonwon. He never hears her daughter’s pleas and watch in the sidelines as the Spiritual Father took advantage of their weakness by wanting to get married with Sang Mi. It was like he sold off his daughter to the devil and he is smiling at the sidelines.oh I hate this father. He betrayed his family.


There will only be two episodes left. I wonder if all the loose ends will be tied up together. Sang hwan’s mother is trying to give message to Sang Hwan but on the brink of death? Is she being drugged as well? If Sang Hwan’s father is so deeply connected to Guseonwon then there would be a huge conflict between father and son. He knew though about his connection but how far his father had turned a blind eye to this cult is something he should be accountable for as well.


I am looking forward to this weekend’s finale. How this story will end.

Email ThisBlogThis!Share to TwitterShare to FacebookShare to Pinterest
Labels: mslee's thoughts, Save me

San confessed her feelings to Won💕 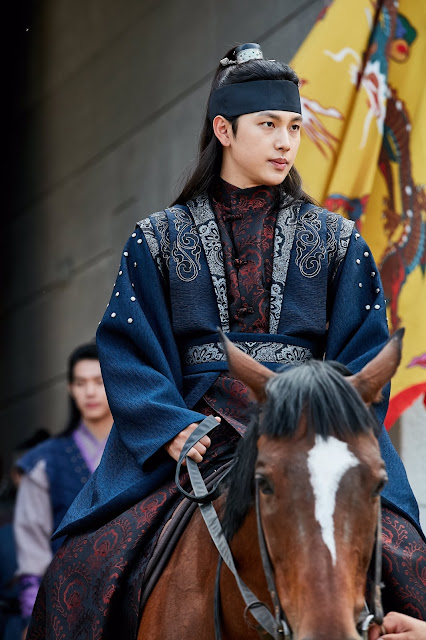 Im Siwan has played Won showing his versatility as an actor. His screen presence have been worth watching. No one can deny how good he was in showing different emotions alternately in one scene.

I think Won has been written with great favor from writer SJN making him the hero viewers root for. He was written as intellectually moral and sometimes calculating if needs be, soft and gentle as a man loving one woman and with very forgiving heart to a friend...
Until last episode Won has been waiting..waiting and waiting to hear the truth from people he trusted the most that is why betrayal of any kind was bitter and painful yet he is willing to let it go.

SJN had deviated from the Won written in the book. She put her own interpretation to the character and most viewers of Won has seen the way he was being shown vulnerable but standing strong in the midst of palace intrigues and conspiracy. He is merciful to those who acknowledged their wrongdoings. He sacrificed his opportunity to give his name and title to the woman he most loved to save a family from being separated.

How can viewers not appreciate this Won writer SJN has created? He is charming and honest. His character truly embodies the tilte of the drama.

Im Siwan has surely left a deep impression on viewers that will most likely last until his next project in about 2 years.

Anticipating the ending of this drama. Will it be bittersweet as promised? Will the sad ending haunts viewers? Will it have a surprised twist like an unexpected happy ending? But whatever it will be I am sure it will linger long after the story ends.

Got inspired to write while sharing this beautiful photo of Wang Won. A spur of the moment thing😂

The King Loves Cast Visit Im Siwan in the Army

This is tkl feels💕 and my wonsan feels😻 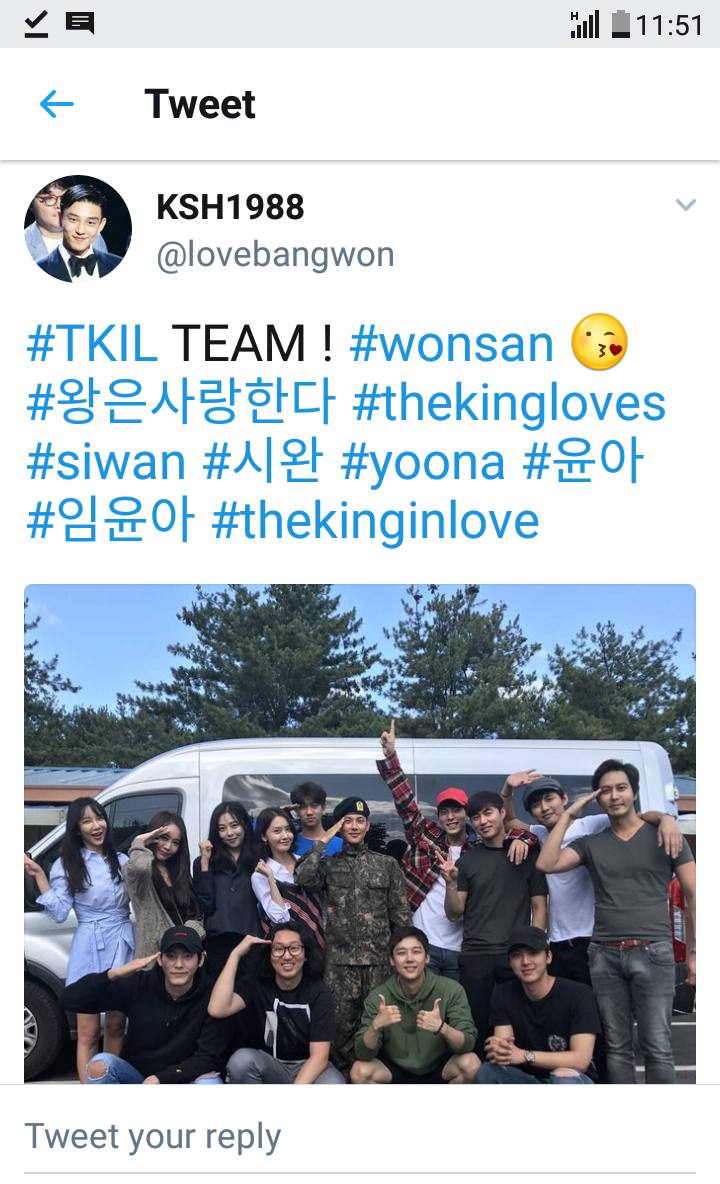 I was looking for drama news via naver when this screencaps caught my eyes. Kim Nam Gil and Kim Ah Jung in a kiss! 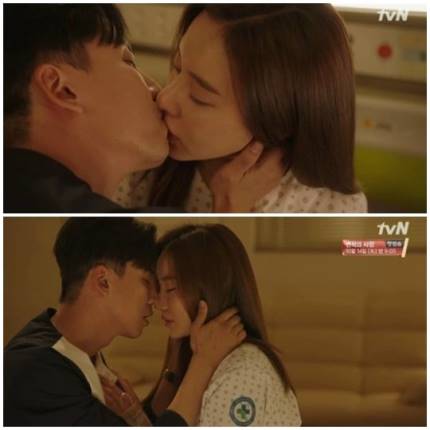 Haven't started on this drama Live Up To Your Name and seems I will find time to watch this.😂😂😂

It has been a while since I watched KNG in drama and I think this passionate kiss (looks like it) surely is a good bait for viewers like me who likes romance in a drama.

This actor has gained popularity after he played the lead male character in School 2017. Kim Jung Hyun could not believe that he was chosen to play the lead. He was very nervous.

He had many part time jobs prior to his debut as an actor. He last played in Rebel Thief as Yoon Kyun Sang enemy who was also born a strong fighter.

The good news is that Kim Jung Hyun had already served in the military at age 21. 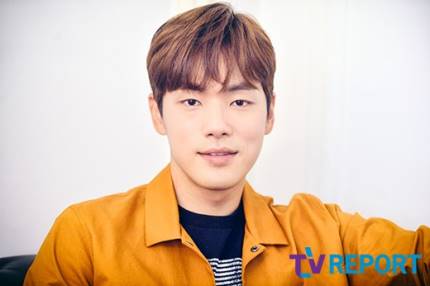 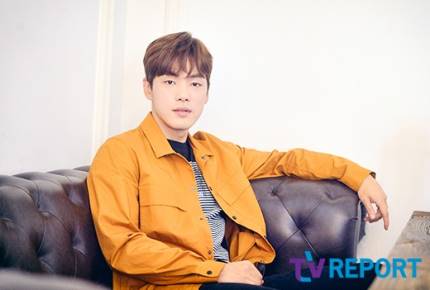 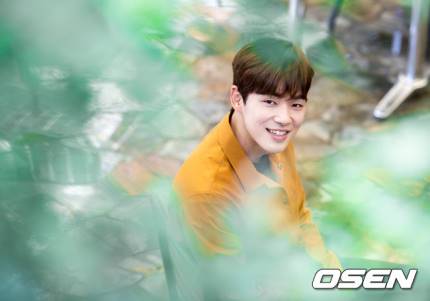 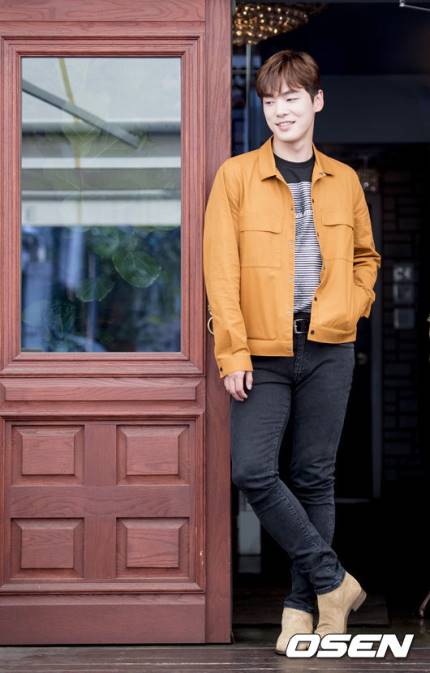 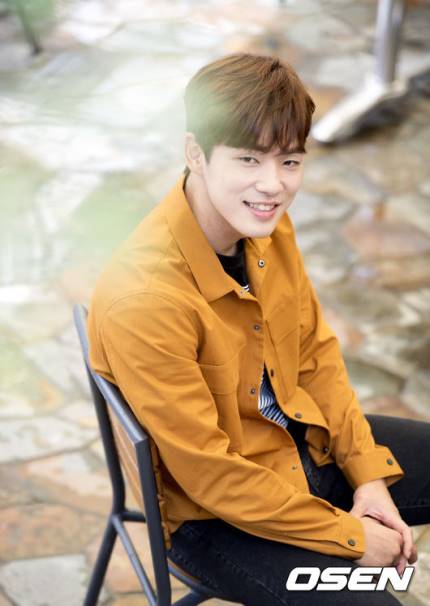 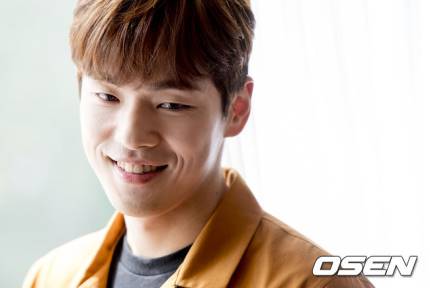