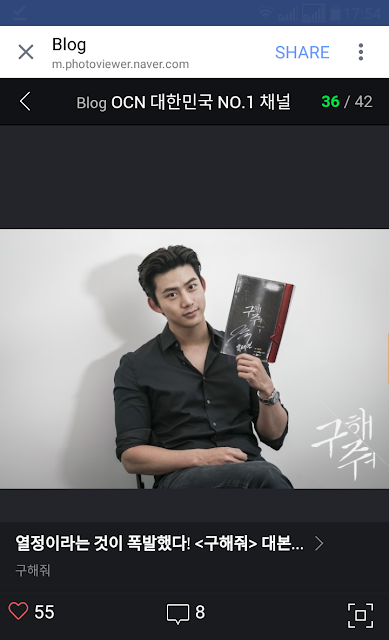 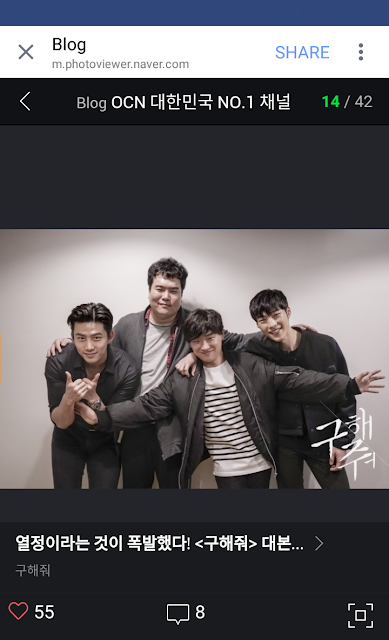 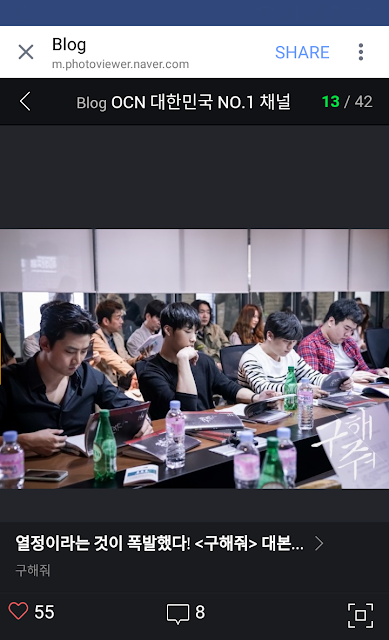 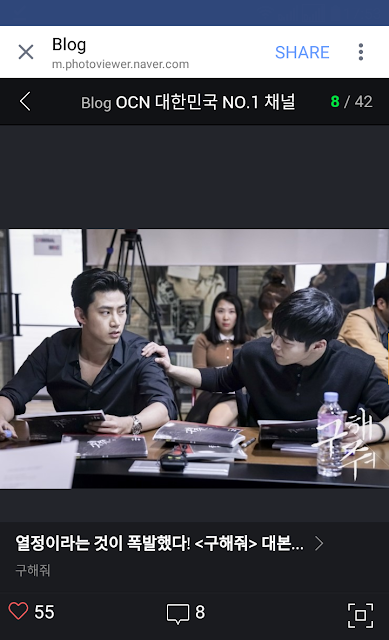 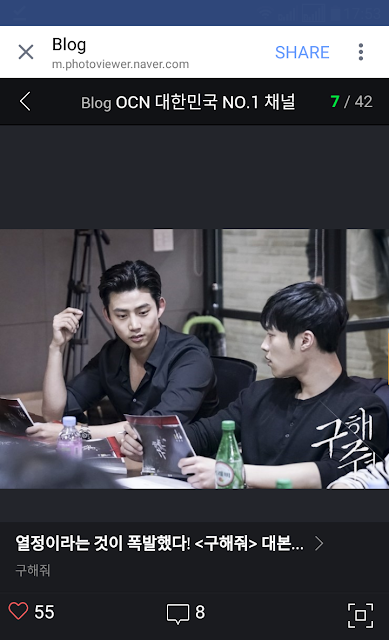 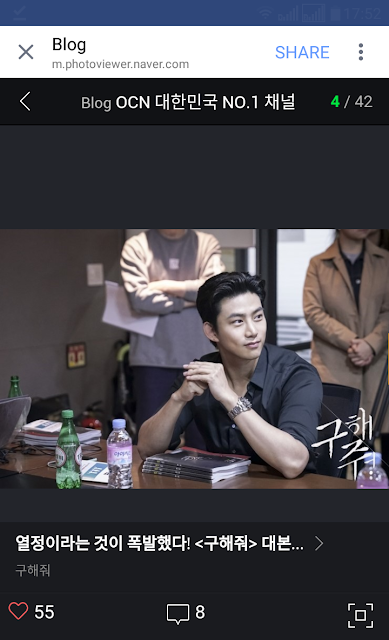 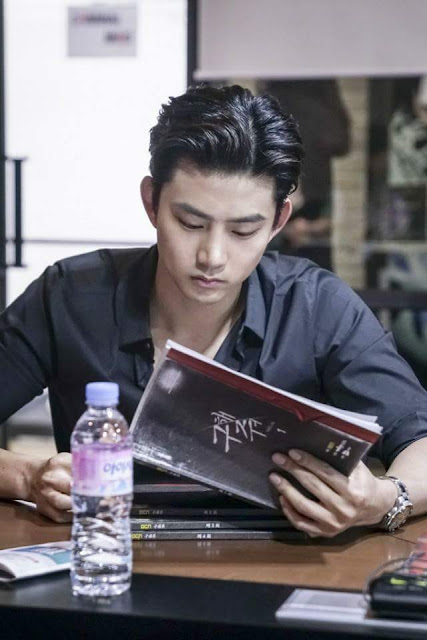 Email ThisBlogThis!Share to TwitterShare to FacebookShare to Pinterest
Labels: ok taec yeon, Save me 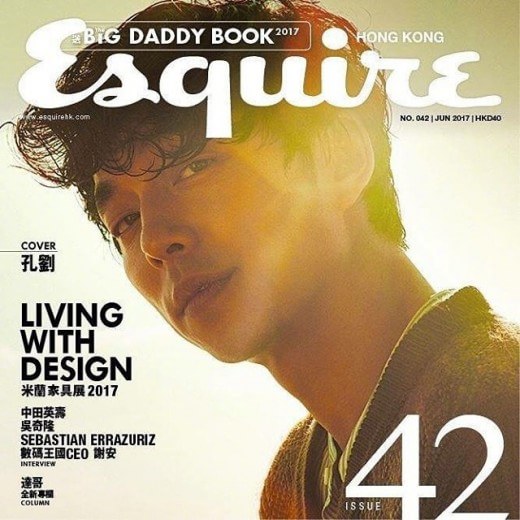 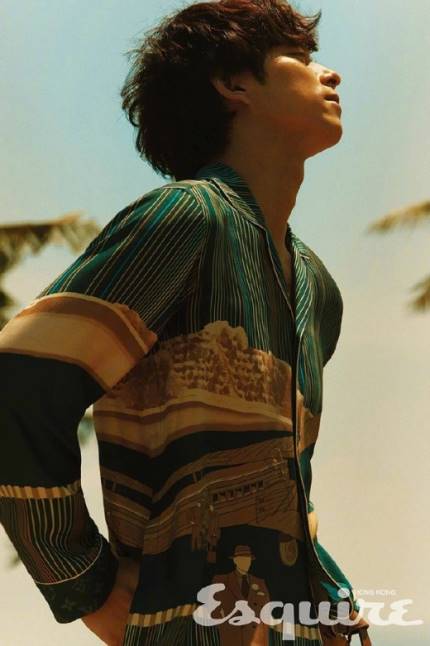 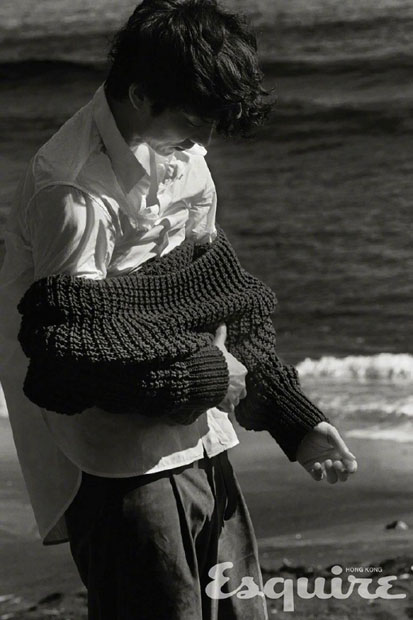 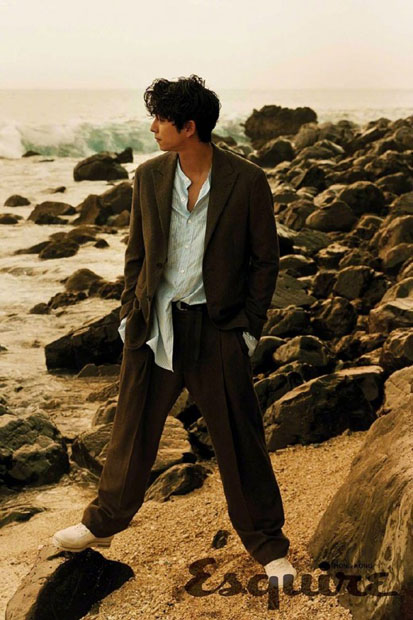 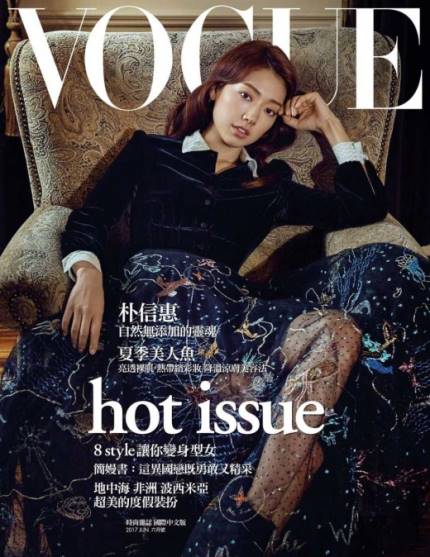 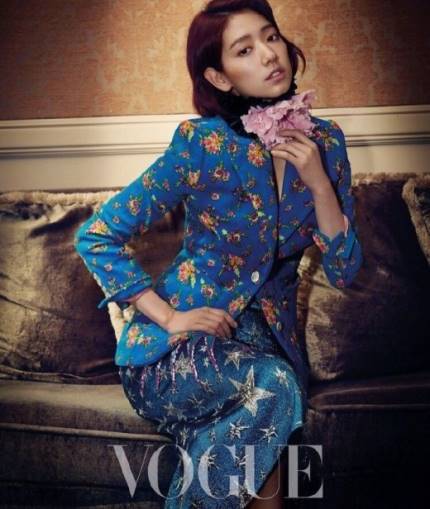 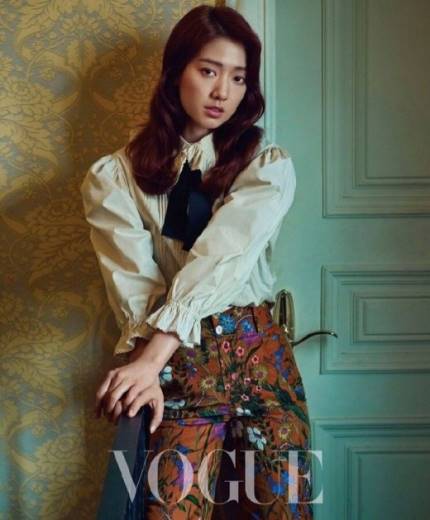 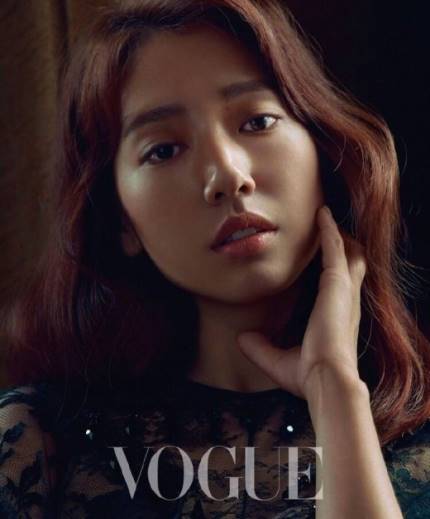 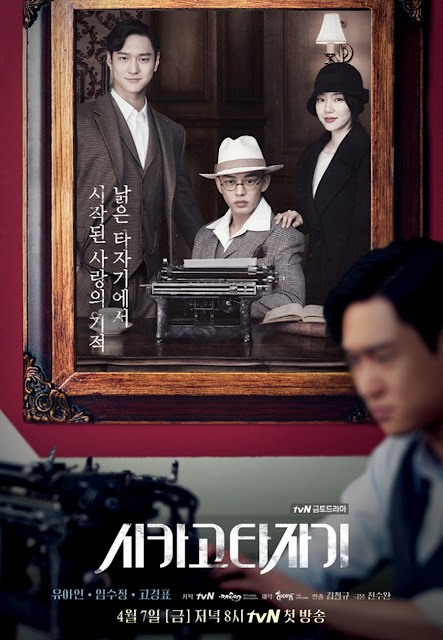 Another superb drama with Yoo Ah In as the lead character playing past and present, both interesting and lots of emotions yet differently portrayed as Seo Hui Young and Han Se Ju.

The drama started off for me as rather a bit unstable regarding with the the introduction of the characters in the present era. How writer Han Se Ju met and interacted with Jeon Seol played by actress Lim Soo Jung in the first few episodes did not really put that much impression on me as a viewer. I admit I am a bit lost with how the drama will unfold and how the plot will played out in the scenes which made it a little difficult to appreciate the first two episodes.

But then, Yoo Ah In is such a scene stealer and Lim Soo Jung is slowly making her character clear with every passing episodes that I decided to stay and continue to watch. Of course the appearance of Go Kyung Pyo as the ghost trapped in the typewriter is a welcome surprise, for I did not really know what will be his part in the drama. I find it amusing that he is a ghost from the past 80 years who had a memorable fate with both Yoo Ah In and Lim Soo Jung.

Ah..now it is becoming interesting.
Yoo Jin Oh aka Shin Yul has to figure out what happened in the past before he died and what caused his death.

Han Se Ju is a successful writer who despite his fame has lots of hidden emotions buried inside him. A son who seems to be abandoned by his father, not really recognized in the public's eye. Se Ju was only known as associated to his father as a former student who was given shelter during his early teenage years. Actually from start to finish the relationship between father and son was kind of vague, and there was no closure between them maybe because their own story was not really tackled in the drama. But one thing is sure, Se Ju is loved by his father in his way despite the fact that it was a love that brought sadness to Se Ju.

Anyway, the story is about friendship and love.

The past showed the passion of Hui Young, Shin Yul and Su Yeon as Joseon Youth Alliance who are doing their secret plans on freeing the country from under Japanese occupation. I love the flashbacks of the story. I do have a certain bias when it comes to period dramas. I am interested and curious of how people live during the past. Chicago Typewriter did not disappoint me  as the scenes from the past unfolds in between flashbacks and present times.

Shin Yul is the sweet and protective oppa to Su Yeon who grew up hiding her identity as a woman and living like a man. She was rescued when she was young from the people who murdered her father. Unknowingly, it was writer [then] Hui Young who seemed carefree at that time and seemed to be not part of the group that actually rescued her wearing a mask over his face. That man she saw, she fell in love with. She thought it was Shin Yul but part of her knew it wasn't. There was always that awkward moments between Su Yeon and Hui Young and they can't agree on any trivial thing maybe because he was trying to hide his true identity as the leader of JYA, he kept on teasing her which annoys her. He even acted as a playboy just to keep her from turning her feelings for him.

Meanwhile, Se Ju was not so quick to understand why he has to deal with Jeon Seol in the present even though she keeps on appearing in his dreams which seems like memories from the past. Jin Oh finally made it clear what is the connection between the three of them. It started when Jin Oh wrote an amazing story that became a blockbuster and readers on line can't stop asking for more. It was during the time Se Ju was having writer's block and did not want to write or use a ghost writer as suggested by his manager who was then caught in the deadline.

Amazingly, there is really a real ghost writer behind the much awaited story under Se Ju's name. But it was something that Se Ju would not accept even if no one would know. He would rather not write than pretend he wrote something that he did not. It triggered a painful part of him which as the story goes, went back to how his own father betrayed him by publishing FATE, his first work under his half brother Baek Tae Min's name. A complicated issue which led Se Ju to live by himself and start anew.

Betrayal is a big part of the past and the present. Baek Tae Min stayed true to his character as a betrayer. One who played big role in the past and still carried that hate in the present. I actually pity him because if not I would really loathed him as a human being. There was no remorse and even towards the ending Se Ju had to tell him to feel sorry for the things he did.

Han Se Ju, Yoo Hin Oh and Jeon Seol are still trapped in the love triangle but the nice part is that Jin Oh knew he can't love Jeon Seol because he is a ghost and there was a promise he made in the past to Hui Young that he will let them love each other in the present. Watching Jin Oh and his sad face makes him even more adorable.

I'm in awe. It is simply beautiful. The narrative is compellingly sad. I think it is the best episode. Perhaps because it let us viewers into the past and felt the pain and betrayal. I love the friendship between the three characters in the past. Of course love is always the reason why a friend betrays the other. In this case Yoo Jin Oh's character in the past was not able to resist not telling Hui Young's name as the leader because of how much he suffered seeing Su Yeon's tortured frame.


I have always admired Yoo Ah In in every character he played and my expectation in this drama never diminished. He is so good!Amazing! I just love every scene especially in this episode with him in it. That last scene at the cliff was heartbreaking yet it was also courageous and dignified.
Go Kyung Pyo also made me tear up in this episode.
The writer has written one of the best k-drama this year. The story has solid substance and the narrative is truly good.

Without really spoiling the drama's ending, I am very much satisfied at how it ended. The emotions are high, the cinematography is amazing, the soundtracks are beautiful and the actors particularly Yoo Ah In are all amazing. I could not even lift my eyes from the screen the entire episode. Every line in the drama is worth hearing, or in my case, reading because I am relying on subs,

The narrative is heartwarming and it really touches deep in to one's heart. Loose ends were tied. Friendship was shown how it should be. There is melancholy and happiness at the same time. Se Ju and Jeon Seol with Jin Oh in the final moments by the lake was so beautiful and sad at the same time.

There was never a goodbye from Jin Oh. Se Ju was optimistic that he was able to trap Jin Oh's soul in his novel. Oh I love that moment when Se Ju told him he would always carry him forward to remain with them until he reincarnated again. So much feels!

Really...Chicago Typewriter build up the story in a very beautiful way until it reaches it's climax. Viewers like me hang on in our seats until the very end. Wonderful and memorable journey of the characters made the drama extra ordinary in comparison with current dramas airing. I fell in love with the story.

it leaves viewers with positive feelings, with lessons in life and friendship.

guess I have not written in a long while I feel like my thoughts are all scattered her and there. Bear with this blogger and messy writings, it has really been a while. I just have to share this.