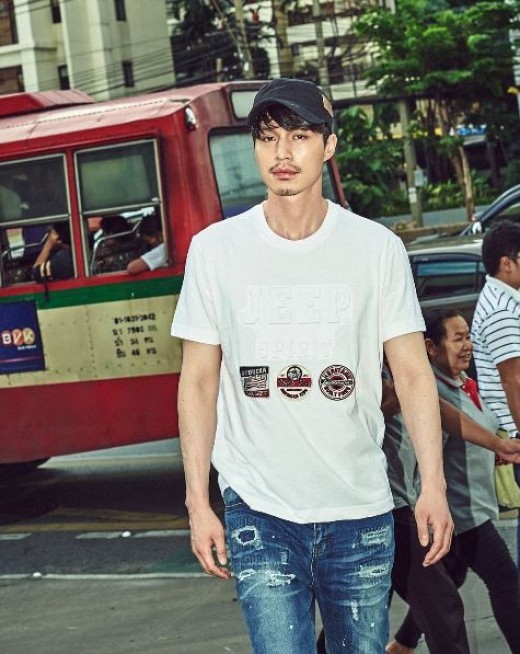 Episode 11 is about confronting Park Do Kyung's mistake towards Oh Hae Young, the girl next door.  It was like a domino effect, when pretty Oh Hae Young jilted Park Do Kyung, everything that followed were series of effects resulting into endless sufferings where in the recipient of all heart aches was the plain Oh Hae Young.

If only Do Kyung had been honest from the start with uri Oh Hae Young. If only he found the courage to face his mistake and admit it to her. If only he told her sooner or make it his reason for hesitating longer and making her wait why he could not immediately admit his feelings for her. If only... so many opportunities that were lost.

Now it all exploded in his face.

With Han Te Jin revealing who was behind the ruined wedding between him and Oh Hae Young. She was shocked. She was still for a long time, just looking at Park Do Kyung. He was beaten badly by Han Te Jin but he was receiving all of them and not fighting back. he was not even making excuses for his mistake. And it was what makes it even worse for Oh Hae Young. To see Park Do Kyung  silent and not saying anything while Han Te Jin was full of anger and violent reaction.

This was their second day as a couple. They were happy just yesterday.

She was anticipating their meet up after work.

If only Han Tae Jin waited a day to see her. She told him she would not see him then. Park Do Kyung alreadt asked her to see him first. He was ready to tell her ahead his secret. But chance was lost. Han Tae Jin felt betrayed again and again, seeing Oh Hae Young seemingly taken by Park Do Kyung. He stole his fiancee after ruining their wedding plans.

Park Do Kyung loved her so much that he wanted to ruin her supposed wedding to another man. But then, she, ordinary Oh Hae Young got all the after effects of that mistake. Since high school she had been suffering because of pretty Oh Hae Young. It seems there is no end to her ill fate with regards to that hated woman. Yes, she hates her. How can she not?

The reason why this revelation was so hard for Oh Hae Young is because she loves Park Do Kyung so much and to be reminded that he loved her, pretty  Oh Hae Young that much, was too painful to realize.

Do Kyung has no words to say except SORRY. He kept on repeating how sorry he was.

He did not understand that saying sorry is not enough to appease Oh Hae Young's bruised pride and emotions. Simple sorry however sincere and genuine is not what Oh Hae Young really wanted to hear from him. She was feeling insecure and battered emotionally, she needed to be comforted and most of all be assured that she is loved. But Park Do Kyung is not saying the right words. I LOVE YOU. Saranghae. Saranghamnida.

Yes she told him to beg to show his sincere apology. She told him to kneel. He can't. He won't. Too much pride, I don't know. Guess his BFF was right. He just won't let Oh Hae Young come close or let her inside him. Park Do Kyung has once again putting a barrier unconsciously. He can't let himself be that vulnerable in front of Oh Hae Young. While she, she has been doing everything for him.

Pretty Oh Hae Young realized what really happened in the past and how her life keeps on being tangled with plain Oh Hae Young. She thinks though that she feels happy to know that Park Do Kyung went to the extent of ruining another wedding because he loved her so much. She forgot to feel empathy towards plain Oh Hae Young. She  did not think of the hurt it caused plain Oh Hae Young. She wanted to get this opportunity to let Do Kyung know she really loves him still and waiting for him to change his mind. For her, she cares nothing but her own emotions. But Do Kyung is not interested.

The episode is so emotionally draining but I love all the lines exchanged between Park Do Kyung and our heroine Oh Hae Young. The genuine emotions just keeps on pouring. The situation is too much reality. Of course, my favorite scene was the face off of our couple with Oh Hae Young fully made up and yet feeling so vulnerable. Her supposed armor could not shield her from the emptiness and frustration she felt facing Do Kyung. She felt she was the loser no matter what.

And it only magnify when Do Kyung left her there.. standing, angry, and crying.

Oh my, I am going to feel frustrated too in the next episode knowing this phase will not easily be solved. They can not just reconcile because what happened shattered Oh Hae Young's pride and she felt used. It was not about the cancelled wedding anymore because, whatever sufferings she had taken from that chapter of her life slowly faded away when she fell in love with Do Kyung. It is now about Do Kyung and his true feelings for her. He would not open up to her like what she did to him. She showed him her weakness without reservation when all the time, he knew what happened to her. HE KNEW! She felt like she was a fool, maybe a laughing stock in front of him while he tied all the loose ends of his feelings for pretty Oh Hae Young as she clings to him in the process.

I feel you, Oh Hae Young. Park Do Kyung just does not realized how he hurt you. He is clueless, like any other man, how he can make up for it in a manner every woman in this situation simply needs.

He feels guilty. He acknowledges his wrongdoings. And I also feel sad for him because he is also in pain knowing he is hurting Oh Hae Young. The nice part of the episode is that there is a breather at least even for a short while showing how guys in general deal with their own pain. Friends take care of a friend, in this story, their boss or colleague to at least ease the heavy burden inside his heart.

How can I not appreciate this drama? It is beautifully written and directed. Eric and Seo Hyun Jin are nailing their parts in this drama. Great acting.

"a few years ago" 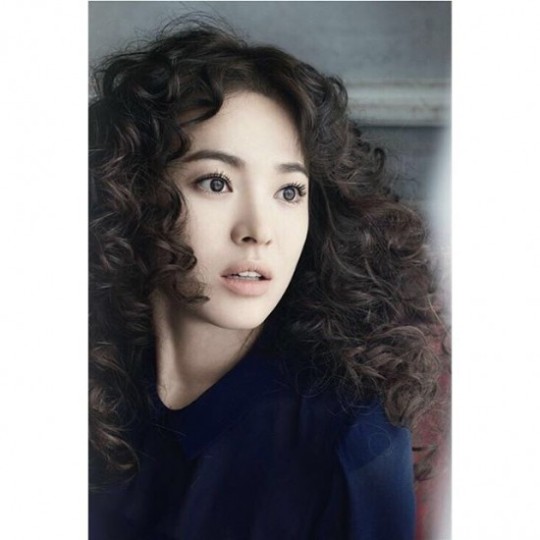 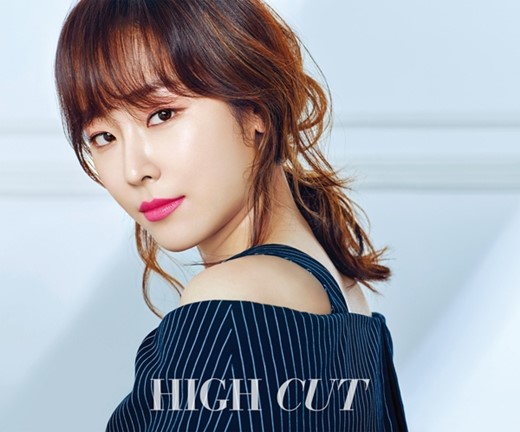 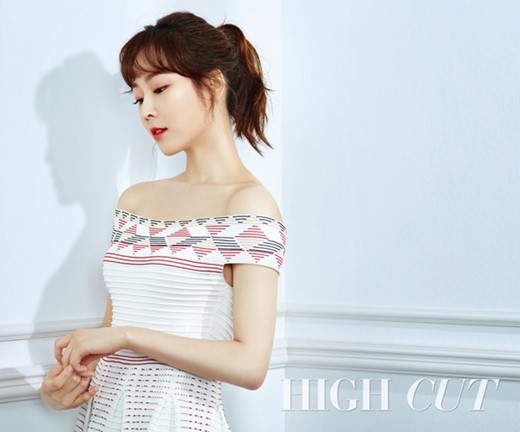 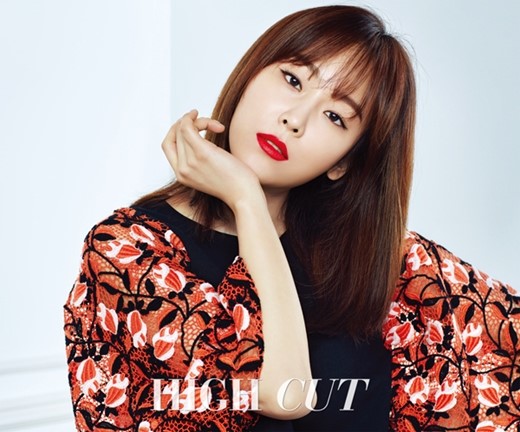 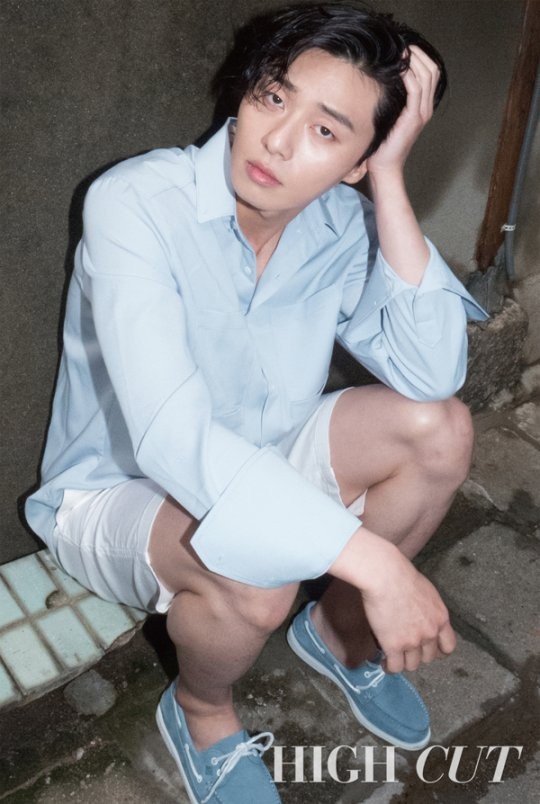 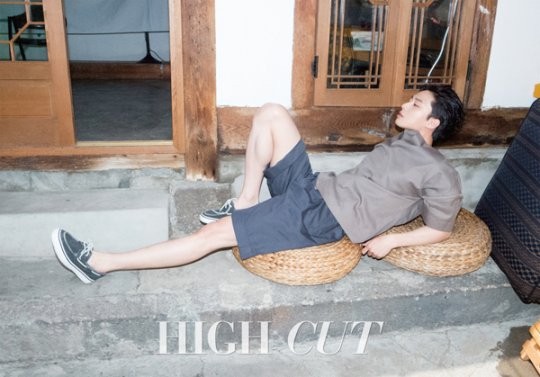 The plot is getting thicker and the characters are evolving. There a lot to take and yet the story keeps the intrigue. The twist is getting interesting.

So far Kim Sae Ron's role as Yeon Hui / Seo Ri is mysterious and she makes it even more captivating. Yoon Si Yoon as usual is not disappointing my expectation as Joon.

..and so the story continues.

Joon recognized Yeon Hui but she denied it was her. She is Seo Ri..for now.
He had been watching her since he came inside the cave and he was sure she is Yeon Hui.

She has to make Joon drink the oblivion potion for him to forget everything but she is hesitating...

Joon headed outtogether with Yo Gwang.
He must drink the oblivion potion. He knew what it was all about.

Sadness fell on Seo Ri after Joon left but she could not or would not admit it to Yo Gwang.

The King is now willing to take back Hong Joo inside the palace. He told the ministers but his idea was opposed. He is not asking permission though.

The witch Hong Joo has gotten what she wanted. She has control now of the King. Poong Yeon was surprised that she knew about the illness of the King

Joon was shock to find that he was dead and his supposed body was hanged and named as the Red Gentleman's Robe. He ran towards his mother's grave and there were wood planks calling him names.

He has to take revenge for what Heo Ok did to him.

Hong Joo stated her ritual. She put the soul of the previous Crown Prince inside the King.

The King acted as the Prince who was supposed to be dead already. The Queen was bewildered and could not understand. But soon her mother's love for her child took over her and she embraced her son.

Of course, it was only a fleeting moment for the King regained back his consciousness. He too was perplexed at the Queen's actions.

The Queen will do anything to see her son again even in the King's body.

Poong Yeon caught Joon. He remembered him as the runaway culprit who took his horse and his golden bell but Joon could not remember about it. Poong Yeon also knew he was not the Red Gentleman's Robe when he confirmed he has no cut on his shoulder.

Yo Gwang realized what the mark he saw on Joon's body means. He could be a human boundary. Someone who can protect Seo Ri.

He rescued him from the prison cell while he explained everything to him, although he doubt if Joon really understood what he was saying. They had to be fast for the boundary at the temple cave were burning already.

Poon Yeon's father was there. He came back from his long sleep and slipped outside away from Hong Joo. Whatever his thoughts and actions now, I am not sure. he might be under 5the influence of Hong Joo and a danger to Seo Ri.

Seo Ri was once again trust upwards. Her body shook violently as her hair turned white. She lost consciousness and almost fell down when Joon arrived and caught her in his arms.

He must be the human boundary. He saved her. Her hair turned black again.

So it means Joon will now obligated to protect Seo Ri aka Yeon Hui and should not leave her side.

The story is truly interesting.