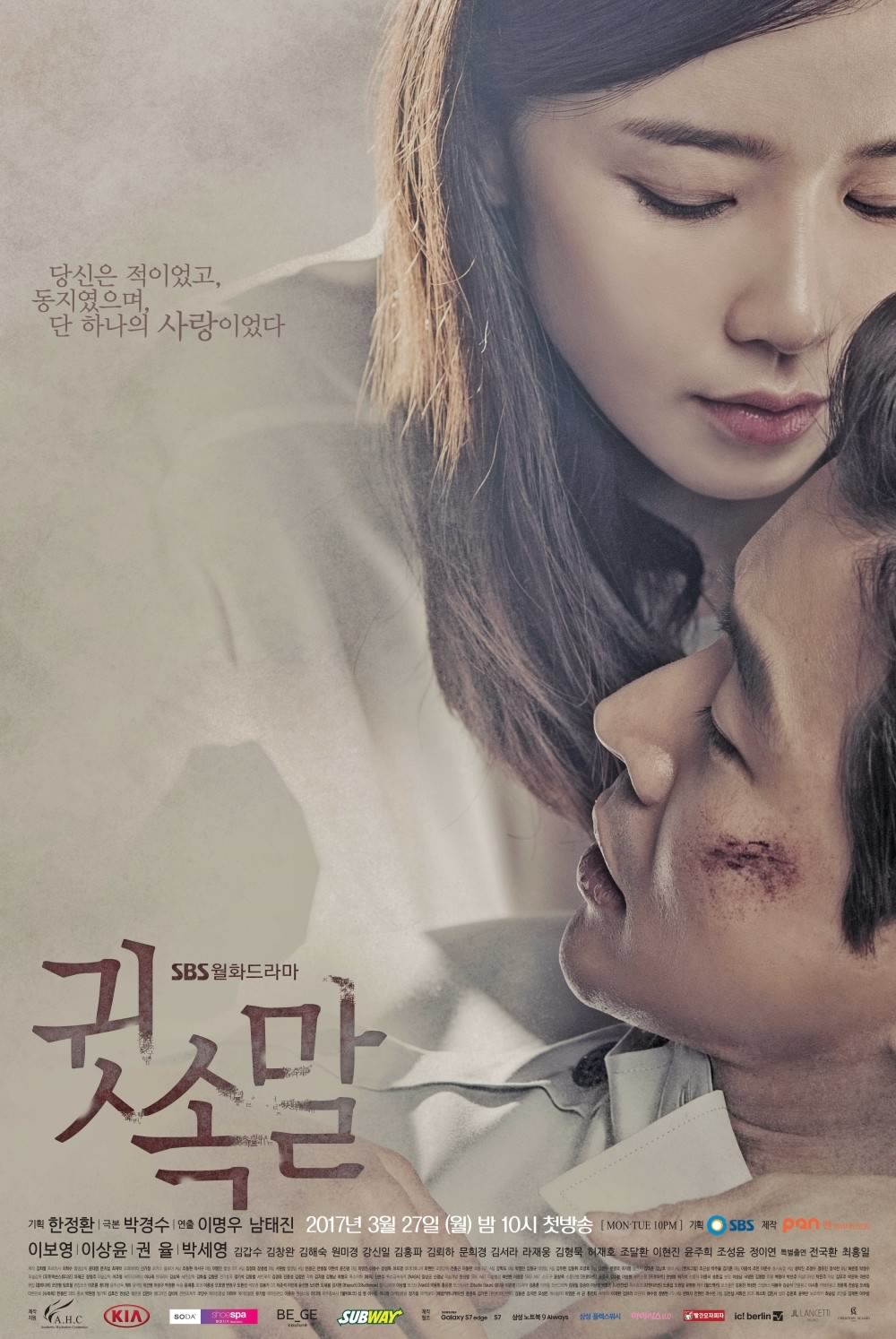 From writer Park Kyung Soo of Empire of Gold and Punch, Whisper is another twist and turn plot that makes viewers hang on the edge of their seats every episodes. Judicial system is once again the backdrop of the drama like his previous work Punch. The corrupt system of the bureaucracy is the central theme of the drama. What’s interesting is that writer Park’s recognizable style in telling his stories never fails to bore me. His one liners… well his use of metaphor makes the mind games from the characters even more interesting.


Whisper is a “your move...now my turn” sort of game that is typical of writer Park style of drama. The wit is cliche and kind of predictable  yet seriously awesome.


The story started when a murder was committed and a man was falsely accused just because he was at the scene trying to save his friend when the police arrived. Well a makjang scene when the only concrete evidence which was his phone fell on the water and he is powerless compared to the one who did the crime. Basically his enemies are from the big lawyer firm which housed the best of the best lawyers in the country named TAEBAEK.


A firm that started 30 years ago between two partners who have nothing in common. One came from a wealthy family who acts superior (typical) and the other one came from a family who used to be the servants. I was not surprised that after all these years there seems to be no progress in the relationship between these two inspite of being partners. I suddenly missed the writer’s perspective in showing deep loyalty between his characters particularly in his villain creations.


Lee Dong Jun is a very realistic character. He showed that one can do something against his moral and principle if cornered and  might not regret his decisions in order to survive. His guilt is not something that eats him but it is just there whenever he likes to contemplate his deeds. His story is about surviving the moment. Plans can come later along with how to make up for his mistakes. He is not really a good turned bad kind of person. He still has his conscience bothering him inside. The interesting part of his story is his forced wedding to a woman he does not love, the daughter of TAEBAEK.


I know Park Kyung Soo does not show romance in his works. So I wonder if this will still be the case in this drama. The police daughter of the convicted/falsely accused murderer was fired from.the department. Her plan to blackmail Lee Dong Jun using their video footage at the hotel room came to nothing. She pushes him to help her get the real culprit. Their association is somewhat ironic after all that has happened between them but it seems that they have no one but the two of them to fight against the real  murderer. Should a blossoming love line between them needed to spice up the drama?


I guess it will be refreshing to see romance in this type of drama. If none I won't be surprise at all.