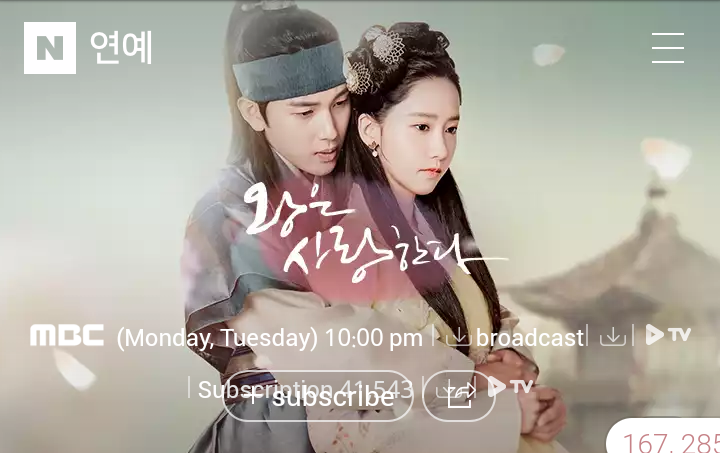 I am not making any recaps or review but writing on my thoughts on the development of the drama with the Mother Queen dying. There is belief that she was being poisoned little by little for the longest time. If I am right and perhaps close to the truth, (my assumption), this is a good food for thought again for WonSan fate.


I have posted my thoughts on the writer’s possible signature stamp on this drama albeit this being written from a novel of the same title. We already know how the story ended in the novel so I keep on focusing on the characters’ fate and similarity which is the creation of Song Ji Na’s imagination which might not come from the novel. Perhaps an added twist to make the story more compelling and more realistic if she wanted to base some of the parts of the story in History.


I have already shared my idea of how an artist make his own unique flavor in every piece he makes but looking at them collectively we will see similarities which inspire them to begin with. Here in the latest happening in the drama fate is binding both Won and San through tragic deaths of their parents. San had her parents killed by Song In and company. Queen is possibly killed by poisonous concoction. Someone who is also Song In’s accomplice. Both Won and San lost to Song In. What’s more interesting, Jeon is a part of one of the murder and still a part in believing what Song In’s greed is all about. Song In comes to Rin to bait him or to persuade him to join him in his crusade against Won. Whether he accepts it or pretends to accept the challenge is still relevant to the consequences of going against Won in the first place. People died. Won’s and San’s.


Both have faced deep loss which bind them as characters in this drama. And in the opposite place is where Rin stands whether he likes it or not. He belongs to the family who commits treason. And he belongs to the royal family who has eye towards the throne. Jeon…his brother in blood. If San killed him does anyone honestly believed there would be a happy ending for RinSan? San killing Jeon who is Rin’s blood brother. At the end of the day however bad, villainous Jeon is, Rin would not be able to forget and not mourn for his brother if he was killed by San.

Rounding up my thoughts, I believe the writer has finally intertwined her characters through fate and wrote them similarly to her other characters who inspired her. There must be a point of similarity but not really identical. And I think this is what makes a writer known for her writings. That signature that inspire her.

This is only my personal thoughts and take on the drama The King Loves. One more week and I'll see the end of this. For what it's worth I was completely smitten by Siwan portraying Won. A character that will be hold dear to me for a long time. A character that
is not perfect but flawed and yet I still see perfection because of how honest he was written.

(Actually I am frustrated with the episode tonight and losing patience but since I already wrote this earlier today...just waiting to post I decided to go ahead and post. 😕)