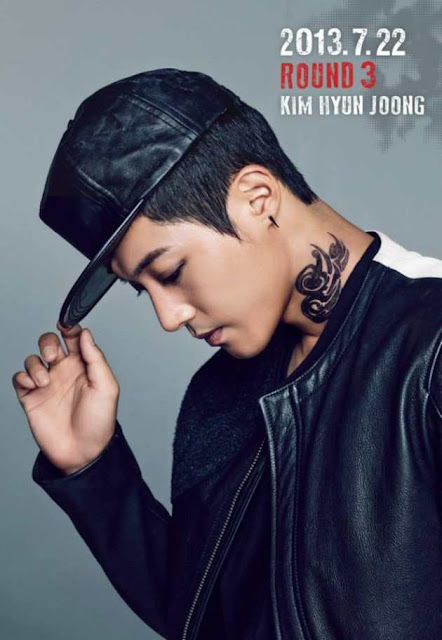 Kim Hyun Joong who is releasing his 3rd mini album ‘Round 3′ on 22nd July has revealed a new teaser photo and tracklist for fans.
Tracklist for ‘Round 3′ :
1.Unbreakable
2.YourStory(title song)
3. As it used to be
4.Gentleman
5.I’m Yours
6.Let’s Party


‘Unbreakable’ is a song with urban R&B and crossover hip hop style, comprising of symphonic orchestra sounds. The song is produced by Steven Lee, Goldfingerz and Jimmy Richard. Jay Park also participated in the album and worked on the rap part of the song.
Title song ‘Your Story’ was originally released under Kim Hyun Joong’s Japanese album ‘Unlimited’, however the Korean version differs from the sad melodic Japanese version. Instead, it is rearranged into R&B style, featuring famous rapper Dok2.
Track 3 ‘As Before‘ is a medium tempo song accompanied by guitar instrumental. Track 4 ‘Gentleman’ is composed by UK composer Marli and singer Rasmus Thude from Denmark, the song is of urban pop style comprising of hip hop elements.
Track 5 and 6 ‘I’m Yours‘ and ‘Let’s Party‘ are not unfamiliar to fans as they were released before in his Japanese albums.


‘Round 3′ will be released on 22nd July via online music portals.