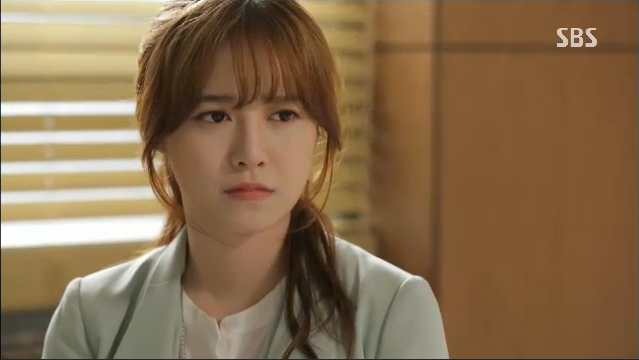 The story is now approaching it's climax. Every episode, there is little revelation, but the real story behind the past is still out of reach to those who are searching for it. Dong Joo only knew what Dr. Jae Beom did on his mother. Dr. Jae Beom knew his irreversible mistake of the past. Even Dr. Choi and Ji Woon also knew parts of the story. And I presume, the Chief of Police only knew about the hit and run, also a part of the story.

It is only Dr. Oh Young Ji who knew the real story, the whole truth of what happened. She holds the secret of the past. The hit and run and the drug she injected to Jung Hwa that led to her death.

So far, these are the facts of the story as of now.  The most irritating persons in the story are the ones that are being used to mess around with Soo Wan and Dong Joo, Dr. Choi and Ji Woon. They are ignorant yet they bring so much pain and annoyance with their participation to reveal their so called truth because of their motives. How I wish truth will soon slapped these two in the face. They make me grit my teeth every time they speak as if they know better, more than the real culprit Dr. Oh Young Ji. Perhaps because she seems to be struggling inside between her conscience and what she should do to protect her secret. Not a good excuse, but humans tend to hold onto this reason because of fear.

The episode tonight [though there are no subs yet I am relying on how I understand] shows how Soo Wan discovers not only one secret but two. At the beginning of the episode, she saw a document which I think states Jung Hwa's consent about donating her eyes to Soo Wan. For the first time Soo Wan faced the fact that her beloved second mother [ommoni] gave her lovingly and unselfishly her eyesight as a gift as she passed away. Learning that Jung Hwa died only recently, she has yet to recover from knowing about it, and now, her pain and loss doubles while she accept the truth why she can see now.

She has to move on and accept this sad events. Dong Joo consoled her with his love. She has to be happy. Jung Hwa wanted her to be happy. So she welcomed the thought of "happily ever after" with Dong Joo. The episode showed she bought the rings, and I think it is a surprise for Dong Joo. What she did not anticipate is the second revelation. Dong Joo and her father in an intense moment. Talking about what happened with Jung Hwa. About Dr. Jae Beom's role in her death.

I wonder how will Soo Wan deal with this new unbelievable and painful disclosure? Her father's hands had been tainted. Her father is guilty of ending the life of her ommoni. How can she face Dong Joo knowing the truth? She can now imagine the pain Dong Joo is carrying and all the while pretending he is okay. She can now realize why he has not been himself recently. Why he crumbled for a while but stood up because of her. Can she put him through this sufferings and be with him as the daughter who killed Jung Hwa?
I am counting on her strength and her ability to stay logical and at the same time to fight for their love. Can she really believe that her father did that in cold blood?

No one knew her father like her, the daughter. She knew how he reacted when he lost her mother. How he stayed away from her because he felt ashamed not being able to give back or restore her eyesight. She knew how he lived miserable after the accident. He can be cold towards her, left her on her own, still, she must have known the real Dr. Jae Beom.

Would she believe him to be that evil as to kill a patient? Anyone can say anything or believe what they want but at the end of the day, the heart will know.

Once again, the story makes me sad for these people. Their emotions are being played by someone who hides the truth. They are living in misery, and people with malicious intent are just bystanders waiting for them to fall.

My only hope are the detective and Min Soo. These two will definitely uncover a dirty past of Dr. Oh Young Ji. I want to spare Ji Woon but as of this episode, he is continuing to be a sour looser who is not using his head and cunningly trying to manipulate Dong Joo to go away. His actions are kind of distasteful/hateful.
He is becoming irritating..

Angel Eyes is a drama about humanity. A story of forgiveness I suppose in the end.

Well, my thoughts for tonight's episode may not be exact. Will watch with subs tomorrow and perhaps will add some more about this week's episodes.