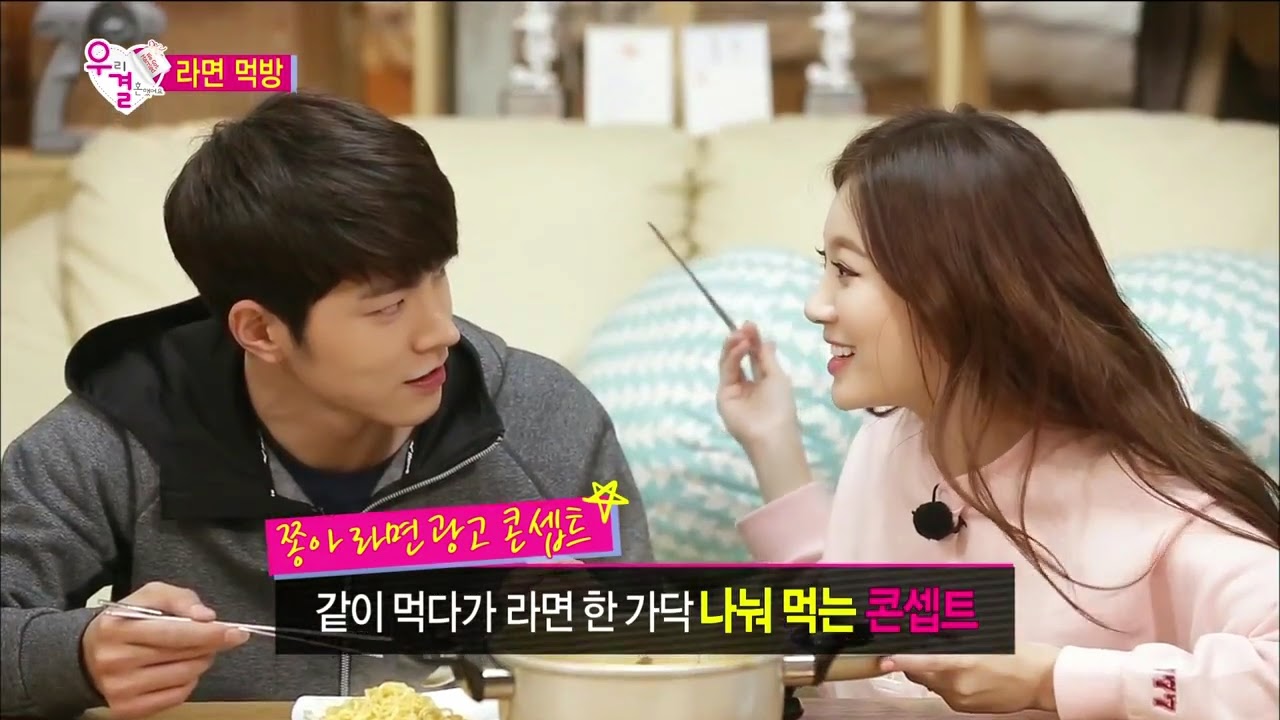 Episode 36 is currently the best episode. It beats other episodes when it comes to SKINSHIP! Well, I think, this couple is best suited to unconscious skinships when they are fooling around and when they are doing something they both enjoy. I also believe that Jjong is much comfortable and natural when in a large space or open area because he won't feel the cameras are too close when filming. And he likes to joke around and do activities so his cheerfulness comes out naturally.

He is a cautious person, and watching him since day 1, he has always been conscious of the camera. But there are times his mind forgets or times when he thinks his subtle looks, subtle touch are not recorded, that's when his skinships with Ah Young are the best. He is also not the type who wants forced skinships that's why it comes awkward and stiff sometimes. He likes it doing in a game, just as he said when they were discussing about the kiss. It meant that whatever happens during a game or activity is much comfortable with him. Hmmm... he does not like direct action, he wants it covered through games and fooling around.

I am really fond of Ah Young and her cute ways. There is not a single moment whenever I watched her in her most cutest moments, flirty or just plain naive moments that I felt bored or annoyed with her. She always brings laughter and grins on me. The exercise scenes and eating ramen are all fun.

Their rendezvous at the skating rink shows how both are happy and Jjong very much into that moment. He eagerly joked around, chased her, hugged her without second thoughts when Ah Young suggested what they should do. Usually, he stalls, thinking, cautious, but here at the skating rink, he let go of his reservations. He also made some moves, his own kind of imitating Ah Young's moves and he was never shy. He gave her a warm canned drink and pressed it on her cold face. Simple actions but definitely actions that made Ah young flustered or surprised.

At the end of the program, during his interview, anyone can see a happy Jjong. Perhaps I am focusing on analysing him more because he intrigues me the way he limit his skinships with Ah Young when there's camera or when he thinks the camera is focused on him or the way he looks at her fast, sneaking a glance now and then. But these only show that he is interested, that's why he is hiding it but not successfully. Yes, don't forget the ears, his ears are all red during the bed scene. It only means he is very very conscious of Ah Young and their skinship on that bed. lol!

Well, I am loving the progress now between them. And this is before the so called rumor came out.

So looking forward for more fun and cute romance between JjongAh couple.

made some gifs and screen caps

to show how he always does it, sneaking a glance at Ah Young but camera always capture moments like this.:))

I call this ramen attack!

I love this part...Ah Young was supposed to be the naughty one but on first try she let go of the noodle strand after blinking her cute eyes on Jjong! hahaha she felt the tension there.

At the skating rink...

they are so entangled here. hahaha

The man who used to be a statue during interview is now fidgeting on his sleeves, a sign that he is happy, shy, but can't hide his emotions.

and last...
a bit of a conversation to fill the tension surrounding them on the bed 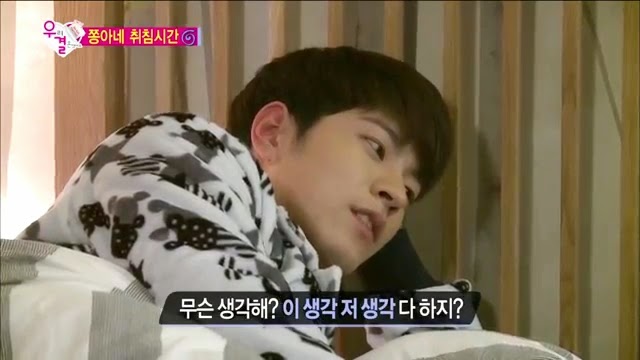 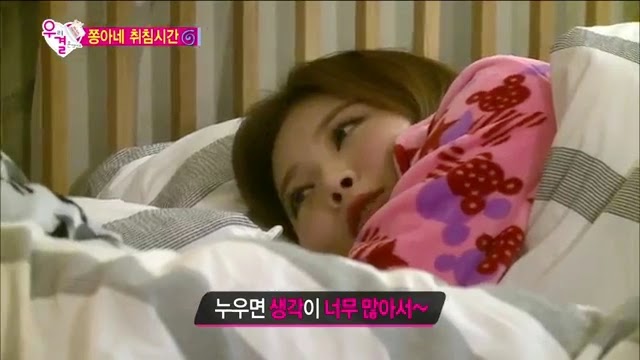 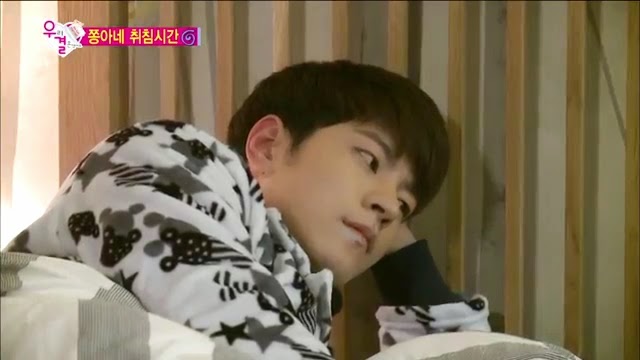 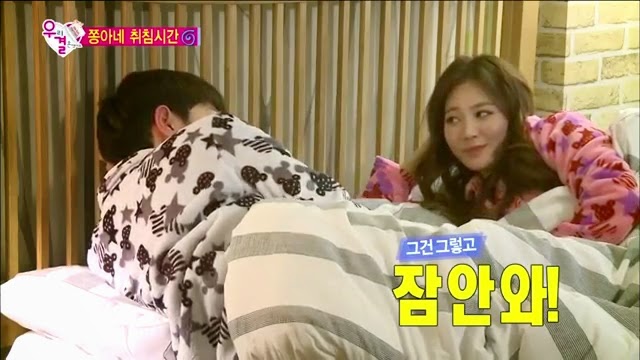 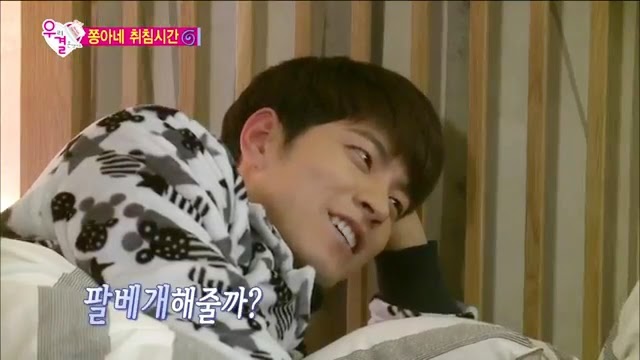 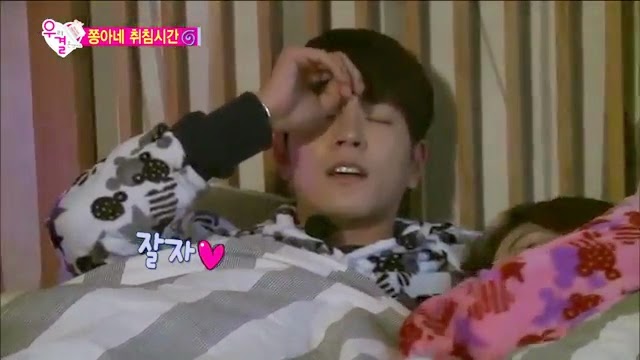