This is my second post on Splendid Politics. Unlike other dramas that I follow and post screen caps and some thoughts weekly, I will only post random thoughts on this drama considering it has 50 episodes. 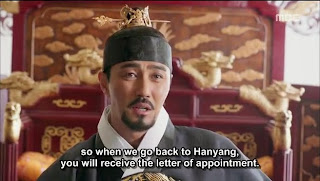 Watching Hwajung / Splendid Politics when I already watched The King's Face a couple of months back is like watching Jang Ok Jung after I watched Dong Yi. I can not help myself but continue to compare the story, the development and how the same character can be totally different when it comes to interpretation. I got a little bit confuse every time a scene was shown because then I would remember a certain scene from the previous drama and felt like I was watching the same but really not the same. Ok, now I am definitely confusing you just as I am confused. [lol]

Anyhow, Prince Gwanghae had been portrayed as a good prince in the previous drama and forgive me if I keep on bringing that to this current drama which somehow shows that Gwanghae is not what he was but an ambitious Prince. Well, after watching until episode 10, I started letting go of what I already watched in TKF and tried to understand Gwanghae in this drama.

Can I just insert that this is the same feeling I got in the interpretation of  Jang Ok Jung in her drama and how she was in the eyes of Dong Yi.

After the Imjin war which clearly showed that Gwanghae was the kind that would stay for his people unlike the King and the Ministers, the story went on until he claimed his place as the successor of his father who passed away. Of course, it was because Gae Shi poisoned him to help Gwanghae realized his dreams. In this interpretation of the story, Gae Shi was the one who advises Gwanghae and that he listens to her and also to Lee Yi Chum. Seems that both are his loyal followers that will make their hands dirty just to support and protect him. The realization that these two had done the unthinkable, had decided on their own behind his back, to kill the Grand Prince and also to take the Princess' life made him very angry. But that was all. He knew that he had to forgive these two because by protecting his seat he can proceed to be the King he dreamed for his people. But of course his heart suffered knowing he turned a blind eye to the crimes against his siblings particularly to his sister he loves so much and made a promise. Being a King and being a kind one can not happen when everyone around him wants to overthrow him. Adding how he gave the order for Imhae's death, his beloved brother. And the fact that he also ordered the killing of one of the man he trusted once and would like to be by his side because he respects him so much, he let his head ruled his heart and became a monster as he mourned Haneun's death.

The price he had to pay was to become a King that people feared because of misunderstanding. I feel how Gwanghae carries all these burdens alone. Yes, he has Gae Shi who serves him, and I am still curious if the relationship between them stayed platonic. 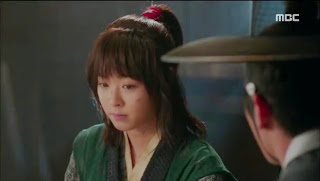 The story of Hwajung is about Princess Jeongmyeong and her revenge against Gwanghae. For all the years she stayed in Japan as a slave and living as a man, her only goal is to come back to Joseon. Of course, her disguise was soon discovered only a few days after she worked at the mine but luckily, she was given a chance to stay and work. Gone are the days of easy life she had grown and lived. Now she is just one of the slaves. But everyday the fire within her is burning, not even letting her sufferings get in the way but make her even more determined to live. 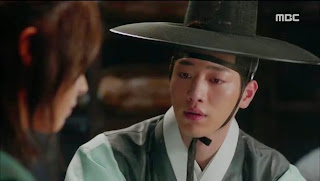 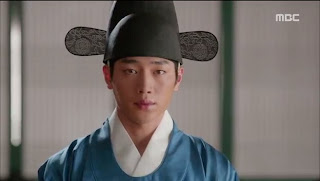 Hong Joo Won grew up to be an upright young man. He has a grudge towards the King but surprisingly, he works for him in the bureau of weaponry. I think Joo Won may look at Gwanghae as a monster who holds on to his seat through greed but they have the same dream for Joseon. Basically, Gwanghae's vission never wavered, never changed. He has always wanted to make Joseon a free country, independent of Ming that's why until now he is not being recognized properly. I think both Gwanghae and Joo Won will find themselves walking on the same path when it comes to the welfare of the people. Joo Won who was tasked to bring sulfur from Japan was so willing because he knew what having sulfur means. 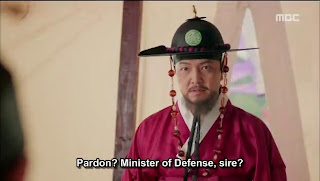 Lee Yi Chum is bothering me. He started loyal to Gwanghae but his greed is getting big that I think will make him do things that will be misinterpreted as Gwanghae's doing. After what he was supposed to have done to the princess, Gwanghae had somehow stepped back from his relationship with him although in a discreet way. Lee Yi Chum had done some grave sins for him that he could not really abandon him but at least Gwanghae knew what kind of a person Lee Yi Chum is. 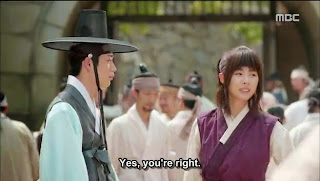 After meeting Joo Won in Japan, and risking her life for him, Hwa Yi/Princess Jeongmyeong came back to Joseon with him. For the first time in so many years, she stepped on Joseon land. She realized her mother was being confined in one of the palace and it would not be easy to see her because of the guards outside.

I think the Queen was not totally innocent either. She really did think of ousting Gwanghae and putting her son by using the western faction in her favor. But when the time came, when it was somehow revealed, she played her role as if she trusted Gwanghae's promise to her when she herself was actually on the brink of gathering more supporters. She should have known that the seat or the throne if coveted will bring death to anyone. But she acted as if she was innocent, as if Gwanghae was the real monster and the greedy King. If only she had been honest with herself and to her daughter, if only she stayed quiet, then nothing would have happened then. But it was not so. Her cries became her children's fears. Her anger became Princess Jeongmyeong's burning desire to avenge against Gwanghae. Everything got messed up because the Queen coveted what she promised not to.

This is my interpretation of her and her actions. Maybe because I understood Gwanghae and that I knew how he risked his life during the Imjin war. If there was someone more suited to have the throne, it was Gwanghae. 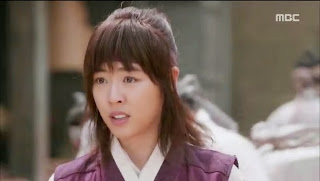 This is a 50 episode drama and there are 40 more. A lot will happen. Looking forward to the development of the drama. I trust that the interpretation will be good if not really accurate. Because I am really interested.

this is mslee1107 and my random thoughts