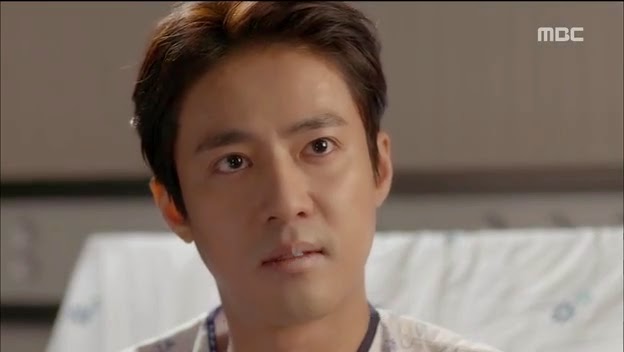 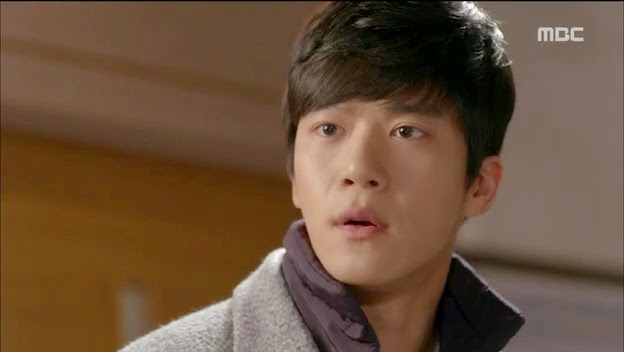 If I was Soo In and I found myself in this situation, I would also feel helpless!

Two years had gone by, a lot had happened, she was even sent to jail and now she is starting her life over again. For awhile now, Woo Seok was there by her side, helping her to move forward. She was at her most pitiful state when they met and somehow he was there by her side as she picked up the pieces of her life.

She fell in love. Not fast because she was cautious. But then she gave herself a chance to be happy even if there is Joo Hee who is not giving up fighting for Woo Seok. Even if she did not try, she won him over.

Now, they are engaged. He already gave her a ring, promise to marry her. But suddenly, Do Hyun is alive. A very ironic twist of fate is playing on her. Her dead husband whom she loved and cried almost to the point of insanity came back. He told them she was the reason he hanged on to his life. He could not let go of his wife Soo In.

This is what dilemma is. Soo In is at a cross roads. In her right is her husband, waiting for her and assuming that what he left two years ago is still the same Soo In now. On her left is Woo Seok. No need to analyse her feelings, this man already occupies the large part of her heart. What's left in her is indecision. What is the right thing to do? The moral obligations she has towards her living husband versus her real and new found feelings or love for woo Seok.

Society will dictate that she must choose her husband. It is not fair, really. Between the two, Do Hyun needs more caring because of his health issues. then what about Woo Seok? Is he willing to wait?

Do Hyun is not simply asking for her time but really considering and telling her that all is well between them as husband and wife. He even got stiff seeing the ring on her finger which Woo Seok gave her. He ordered her to remove it.

As for Woo Seok, he is starting to doubt Soo In's feelings. He heard her grievances to Aeng Ran. Soo In seemed to regret going the distance  in terms of her relationship with Woo Seok. What he did not hear was that she is sorry that he will be hurt.

For now, Soo In is not choosing but rather doing her duty to Do Hyun as his wife. Maybe she is buying time, waiting for him to get well and back on his feet before leaving. Even Joo Hee is supporting this situation, thinking once Soo In was out of the picture or by Woo Seok's side, she would have her chance.

The good part in this last episode was that Woo Seok finally remembered the memory he lost. He was a witnessed on how Ma Tae San poured gasoline on their house that night after his exchanged of  angry words with his father. Ma Tae San was the one who burned their house.

The drama is getting complicated and at the same time secrets are out. Time for payback. I think in this round, Do Hyun will be in the middle of it and so is Soo In. Fight between Ma Tae San and Woo Seok will prove to be more tiring for Soo In because her loyalty will be questioned.

As for the ahjumma Young Wok, she is bored and wandering around for someone to play with her. She ended up in a dance studio where halmonie and harabojie hang out to dance. Guess who asked her to dance? Yes, the hearing aid harabojie! For a short while, they were enjoying each other's company but then the man told her she must be older by him by two years and then here goes the outrage of Yong Wok. She can't seem to find harmony with this man.

Mr. Tak and Poong Geum spent the night in his family's house sharing a room. In the middle of the night, something happened between them. The morning after was full of regrets.

Next episode will be much interesting.